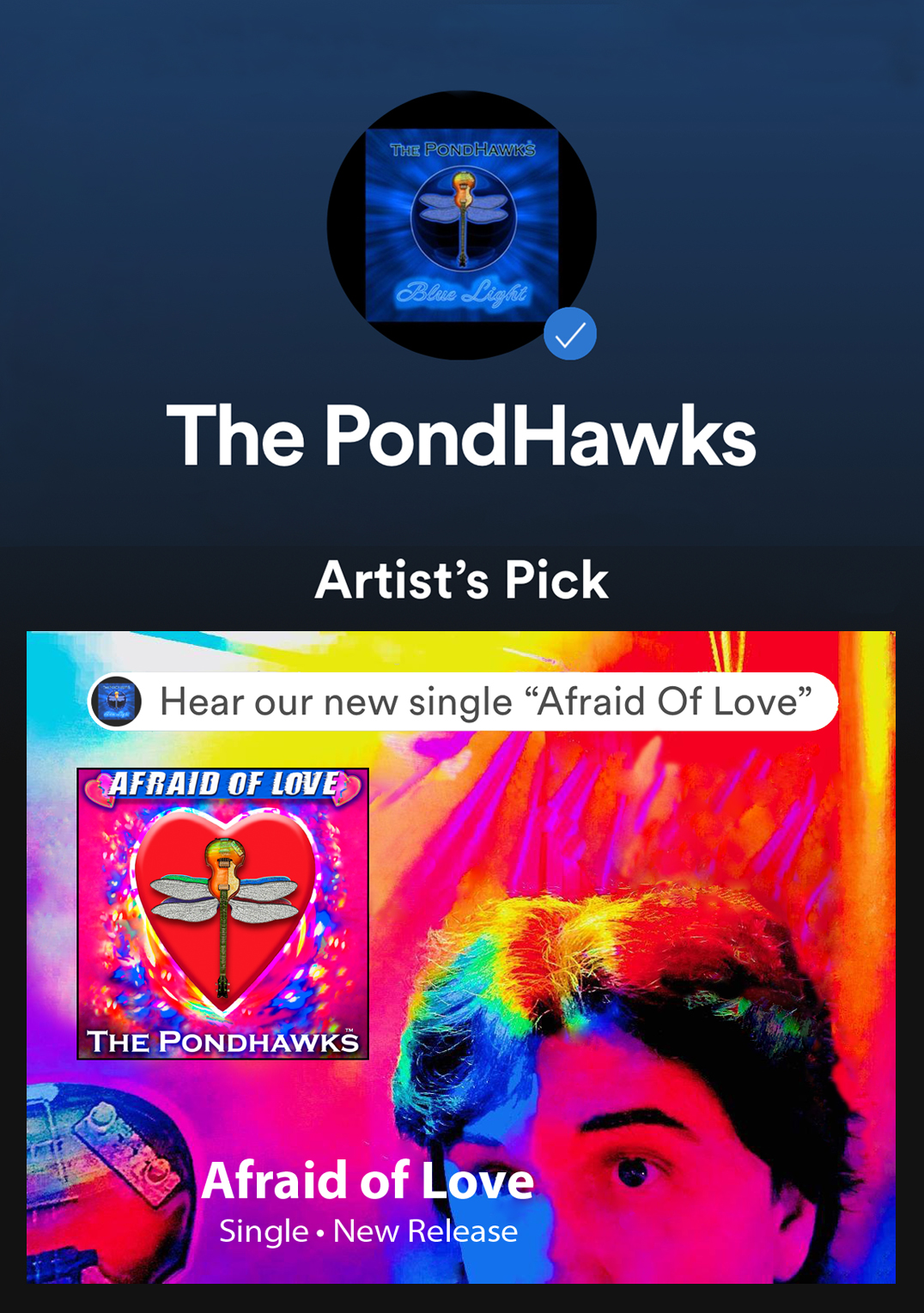 Rich tones, full sound, British-esque harmonies….fun! “Afraid of Love” by the Chicago based duo The Pondhawks is refreshing and extremely well-orchestrated. The up and coming band has a huge social media following and “Afraid of Love” is so fantastic it is easy to see why they are the number one indie band in the world on Reverbnation.

Mario Novelli and Jorie Gracen write and arrange all of their music, and play most of their instruments as well as sharing the vocals, Mario on lead and Jorie on harmonies. Although their music is reminiscent of the British romance era, there sound is still contemporary and genre -less leaving much to the imagination. They are great storytellers creating a themed ambience for each of their songs.

“Afraid of Love” is a personal favorite. It is upbeat although the sentiment is slightly dark, or perhaps deep is a better description. Formed in 2007 the compelling band has managed to create a buzz especially recently with the release of this new single. They have an array of loyal fans who show up at their concerts in great numbers. They have captured America and are quickly spreading their magic across the pond. They have a mysterious air about them making their whole intriguing persona captivating as well as addicting.

Jorie and Mario work! They seem to be able to put out all kinds of enchanting music relentlessly. They are creative and talented and “Afraid of Love” is just one example of their special ability to touch people with their craft….

Listen to The Pondhawks “Afraid of Love” on soundcloud here: https://soundcloud.com/the-pondhawks/afraid-of-love

The official website for The Pondhawks may be found at https://www.thepondhawks.com