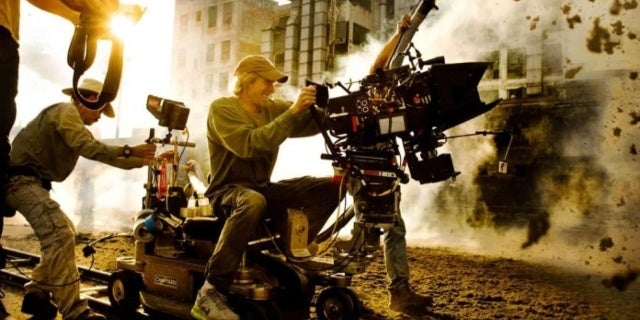 “Last summer I was in Europe shooting a big movie for Netflix, all over Italy and other parts of Europe. It’s a big movie with Ryan Reynolds, big action, fun, fun flick,” Bay said in a video published to Instagram. “It’s kind of back to my old school self. I think the trailer drops Tuesday. I’m not really allowed to show that, I think the studio will kill me.”

Scripted by Rhett Reese and Paul Wernick (Deadpool, Zombieland), 6 Underground is produced by Bay and Reynolds alongside David Ellison, Dana Goldberg and Don Granger for Skydance (Mission: Impossible — Fallout, Terminator: Dark Fate). An earlier report from THR noted the Netflix-Skydance Media pact is the biggest movie push for the streamer since Bright, the 2017 David Ayer-directed crime-fantasy movie that started Will Smith and Joel Edgerton.

“Well, definitely in the third quarter, we’ve got new episodes and new seasons of some of our most loved and most watched shows on Netflix,” the streamer’s chief content officer Ted Sarandos said in an earnings call earlier this year. “Stranger Things, La Casa de Papel, Orange Is the New Black, 13 Reasons Why, Elite, which was a big hit for us right out of Spain, a new season from Ryan Murphy of The Politician, a brand-new show on Netflix that we think our audiences are going to love. And then you start seeing in the fourth quarter some of our bigger film investments coming through like Irishman, like 6 Underground and also a big new original series that we’re currently shooting in Hungary called The Witcher that is an enormous European IP, a very popular game and Book IP, that we think is going to make a really fun global series.”

6 Underground is reportedly budgeted between $150 million and $170 million and is expected to reach Netflix in December.