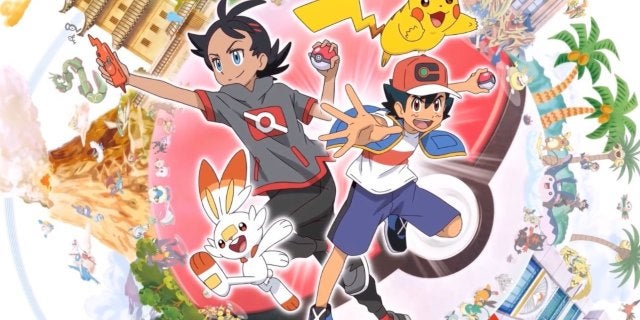 If you have been keeping up with Pokemon as of late, then you will know big things have been going down with the series. In a matter of weeks, fans will get to meet Pokemon‘s eighth generation with its next video games, and that doesn’t even account for the anime. Earlier this month, the franchise saw Ash Ketchum finally win a Pokemon League to become a champion. Now, the show is ready to enter its next stage, and Pokemon has teased fans its next anime will be different from what they are used to.

And as it would turn out, Pokemon was not kidding around. Earlier today, the first trailer for Pokemon‘s 2020 anime went live, and the clip can only be described as groundbreaking for the franchise. After all, Ash has got some very different company to contend with, and that is just the beginning of it all.

Recently, Pokemon put out the official trailer for its 2020 series that is simply titled Pokemon: The Series. The reel confirmed the anime will visit all sorts of locations and regions which means Pokemon from all over will be shown. Of course, Galar will be a focus as Generation 8 comes into view with Pokemon Sword and Shield, but Ash will not be restricted to the new area.

According to the trailer, Ash is still on his quest to become a Pokemon Master after winning his first-ever league. He will meet a boy named Gou who has Scorbunny as his partner, but this new protagonist won’t be a sidekick. The show makes it clear Gou will be on equal footing with Ash as the boy tries to catch every kind of Pokemon including Mew. His desire to find all of these creatures will lead Gou around the world, so fans are eager to see how Ash’s story intertwines with the newcomer.

Looking at the trailer, you can see the animation style of Pokemon: The Series will be a bit different from the last anime. Pokemon the Series: Sun and Moon took a drastically different approach to animation with its loose aesthetic. Now, this upcoming series will continue that overall look, but Pokemon has tightened up pieces of its design to reflect the anime’s original seasons from years ago. The upcoming series looks like a true hybrid of Pokemon‘s past animation, so fans are eager to see the show drop on November 17.

So, what do you think about this new Pokemon anime’s aesthetic so far? Let me know in the comments or hit me up on Twitter @MeganPetersCB to talk all things comics and anime!