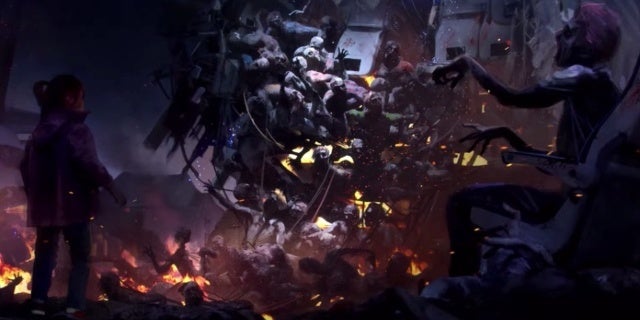 Michael Cudlitz, who starred on The Walking Dead as Abraham Ford before returning to the series in Season 9 as a first-time director, will head behind the camera for AMC’s third Walking Dead series, TWD chief content officer Scott Gimple confirmed with Variety.

Cudlitz first directed TWD Season 9 episode “Stradivarius” and later confirmed his return as director in Season 10, launching Oct. 6 on AMC. The actor-director, who has since teased a reprisal of his fan-favorite role as Abe somewhere in TWD Universe, earlier said he also hopes to direct episodes of Fear the Walking Dead.

“I’ve also spoken to [director-producer] Michael Satrazemis, and we briefly chatted about me possibly going over to Fear the Walking Dead, but again, that would again be [AMC’s] choice,” Cudlitz previously told EW. “I let them know that I would love to do that. Now the ball’s in their court at this point.”

This untitled second spinoff, in production under the working title “Monument,” began filming over the summer in Virginia. Gimple co-created this third series with TWD veteran Matthew Negrete, who will serve as showrunner.

A sprawling set piece from the upcoming series took over the streets of Hopewell, Virginia, in August, where onlookers got a look at a crashed plane that appears to play a key role in TWD3. The series focuses on two young female protagonists and tells the story of the first generation raised after the fall of civilization.

“The big secret is that all along, there have been other civilizations that survived the apocalypse. We saw hints of that in Season 7 of The Walking Dead and again in [Fear Season 5 episode] ’The End of Everything,’ and now we’re about to show a lot more of the world in a bunch of different projects,” Gimple revealed at San Diego Comic-Con in July.

“These kids can grow up in a place of comfort and security, but they leave everything on a dangerous quest, and are being pursued by adults on their own,” Gimple continued. “We’ll see kids become heroes and some become villains. We’re going to open up a whole new world of TWD.”

AMC plans to debut this new series in Spring 2020. The Walking Dead Season 10 premieres Sunday, Oct. 6 at 9/8c on AMC. For more TWD intel, follow the author @CameronBonomolo on Twitter.