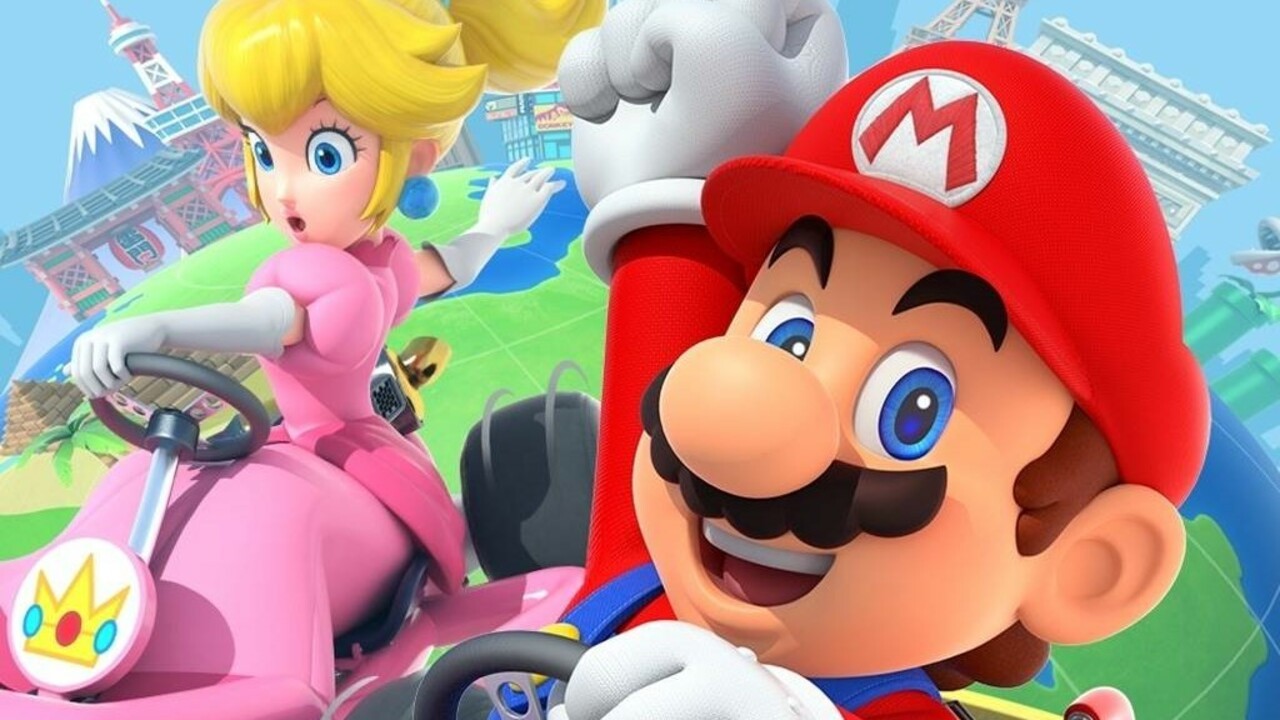 A brief glance through the comments section in our review for Mario Kart Tour is enough to suggest that the reception of the world’s premier karting series on mobile has been polarising, to say the least. Our view, as you’ll know from the review, is that it’s a fun mobile interpretation of the series once you acclimatise to the controls. The various microtransactions and associated F2P mechanics don’t make a great impression if you’re coming from the context of the main games, but there’s no limit on playtime and ultimately it costs nothing, so it’s hard to get too upset about it. Ultimately, it’s a fun little timesink despite the negatives.

It seems, though, that we don’t have much company in the middle ground – people either love it or hate it. There are several reasons we think this might be the case. Anxiety regarding the continuing encroachment of free-to-play mechanics into the ‘wholesome’ Nintendo ecosystem is one possible explanation. We’ve discussed before how this is an uncomfortable trend and with Nintendo becoming more like Disney all the time – with regards to its ever-growing roster of family-friendly characters, approach to licensing and upcoming theme parks – it’s understandable that fans see the naked profiteering of £64.99 in-app purchases and feel like the Kyoto company is tarnishing its brand. For a company initially so coy about producing DLC for its main console games, the business models and monetisation of its mobile output (featuring the kid-friendly Animal Crossing and Mario series) feel Machiavellian by comparison. However commonplace these practices are, it just looks bad coming from family-focused Nintendo. There’s a sense that the company should be ‘better’ than vulgar gacha mechanics, lootboxes and the like.

Looking back through history, though, it’s hard to justify that there’s been any change to the company’s approach whatsoever. Tactics might differ, but Nintendo – just like Disney – has always been about creating entertainment to make huge amounts of money. We’ve got nostalgia for them now but how exactly are blatant advertising tie-ins like the Super Mario Super Show and The Wizard any less insidious when it comes to selling stuff to kids?

However cautious the company may be, the idea that Nintendo is a pure and virtuous corporation that is somehow ‘above’ crass business models is poppycock brewed up in our minds by brand-loyalty and nostalgia. Nintendo’s always had a laser-focus on your wallet and Mario Kart Tour is simply speaking the language of a modern F2P mobile game, just as Disney does with many of its mobile games. Remember, the lootbox stink that EA kicked up with Star Wars: Battlefront 2 was tied to a $60 home console game – Mario Kart Tour costs nothing to download and play.

Another area of confusion is the £4.99 monthly subscription service. This fee opens up 200cc races and offers extra gifts and badges from special Gold Challenges. This is not required to play the rest of the game, but it introduces a paywall to content which instantly causes certain players to feel like they’re being nickle-and-dimed. Considering what the subscription offers, it feels like poor value and invites comparisons with other services which wouldn’t otherwise come to mind. Apple Arcade launched recently for exactly the same monthly price, and that offers access to a large library of ‘proper’ video games which can be played across devices with BlueTooth controllers. It’s entirely different, of course, but by framing the Gold Pass in a certain way Nintendo draws comparison and criticism which could have been sidestepped with a different model.

The company tried to keep things simple with Super Mario Run – its preferred approach to monetisation was an easy free-to-start model which offered one World before asking for a one-off fee to open up the rest. You knew where you stood with it, which many people liked, but the game performed well below expectations and subsequent efforts did far better in terms of revenue. The subscription in Mario Kart Tour is another experiment, but it feels laughably expensive where other parts of the game are relatively generous in mobile terms. From a console gamer’s perspective, Apple Arcade offers a host of ‘proper’ games for $5 a month versus a bastardised Mario Kart you can’t use a pad with and which you can’t even play in portrait mode. That is the comparison gamers are making with this confusing subscription service, and once again it contributes to a fundamental misunderstanding of what the game is offering and the audience Nintendo is aiming for.

Inflated expectations are another factor, partly brought about by a huge advertising push and, to a certain extent, the Nintendo name. As with all its mobile output to date, Mario Kart Tour is nothing if not a slick production, with fantastic presentation and key art which was immediately saved to our Wallpaper folder. Its launch has been given huge fanfare and, with the brilliant Mario Kart 8 Deluxe bouncing around our brains, it’s easy for expectations to creep up. For series veterans, comparison is inevitable, but anyone expecting a similar style of gameplay from a game tailor made for one-handed mobile play is asking for disappointment.

Is that Nintendo’s fault? Does the company’s brand promise a certain experience regardless of the platform? We’d argue not. Since the very beginning Nintendo has offered diverse and bespoke experiences across its own platforms, carefully tailoring the content to the specific hardware it’s on and catering for that console’s audience. The same can be said of its mobile offerings – they’re designed for phones and for people who aren’t necessarily Nintendo enthusiasts. These games are a way of getting IP in front of new people and, as fans, that can be tough to remember when Nintendo has done such a terrific job of appealing to absolutely everyone with Switch.

Switch’s broad appeal doesn’t exclude core gamers in the way that the Wii did. It’s got the waggle if you want it, but the console is equally adept at delivering full fat gamers’ games on the go or on the telly. By contrast, Nintendo’s mobile output feels like a return to excluding core gamers again. Despite tapping into their nostalgia with all the retro tracks, Mario Kart Tour is fundamentally different from the rest of the series and aimed at a new audience. After feeling abandoned by Nintendo before, we don’t want to hear “no, this isn’t for you” again. Nintendo would never say that, of course, just like it won’t stop us buying a Switch Lite if the fancy takes us, but core gamers are not the focus.

The evolution of mobile tech is arguably another factor contributing to heightened expectations. As kids, we didn’t buy the Pikachu Tamagotchi expecting a full-on Pokemon RPG, but as Switch has demonstrated, even modest mobile devices are hugely capable nowadays. The wizardry employed to get a full Zelda game onto Game Boy with the original Link’s Awakening was incredible back in the day, but technologically speaking, there’s absolutely no reason why we couldn’t have a fully-fledged Mario Kart on a phone, but that’s not the goal.

On a larger scale, Nintendo’s approach seems to be working well, with excellent user reviews across iOS and Android. For console gamers, though, it’s proving to be much more divisive. The feeling that a potential Mario Kart 9 was delayed in order to divert resources to the mobile game is common, although there’s no reason to assume the two projects couldn’t coexist in development – Nintendo certainly has increased bandwidth now the 3DS is truly finished.

In the end, it’s hard to feel aggrieved when you remember that the price of entry is zero, but there will be many people who argue that the real cost here is unquantifiable damage to Nintendo’s brand. On the other hand, a whole other set of players won’t even blink an eye at the mechanics in Mario Kart Tour – in fact, the lack of a play limit makes this game far more approachable and some would even say ‘generous’.

We’re not sure we’re quite in that camp, and if you’re a series fan you may see only the barriers that prevent the game from being a ‘proper’ new Mario Kart. As console gamers, we might not want to hear “it’s not for you”, but this one really isn’t. In the mobile context, it’s a decent offering, though. Fortunately, there are huge swathes of software hitting Switch every single week that very much are ‘for us’. With that in mind, it’s probably best to relax with something off the eShop than get ALL CAPS mad about Mario Kart Tour.

How are you finding the mobile interpretation of Mario Kart? Why do you think it’s proving divisive? Let us know your experiences below.