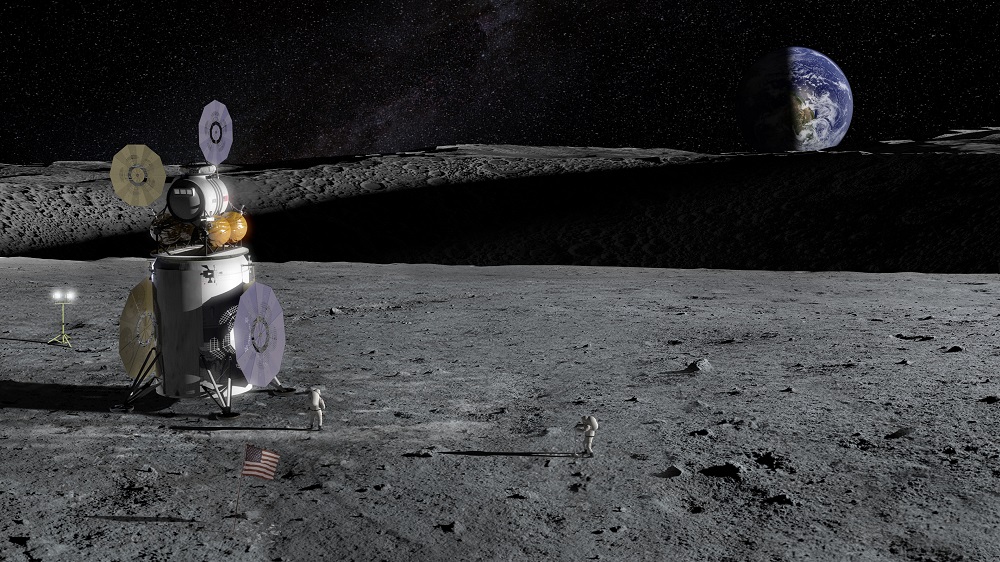 WASHINGTON — The Senate Appropriations Committee approved a bill Sept. 26 that would give $22.75 billion for NASA, but expressed some frustration about the lack of details in the agency’s plans to return humans to the moon.

The committee voted 31–0 to advance the commerce, justice and science (CJS) spending bill to the full Senate, two days after the CJS subcommittee favorably reported the bill. The full committee made no substantive changes to the bill beyond minor, technical corrections.

“This year, the administration took a bold step by advancing the timeframe by which American astronauts will return to the moon. This bill helps accelerate that goal and helps cement America’s leadership in space exploration,” Sen. Jerry Moran (R-Kan.), chairman of the CJS subcommittee, said in remarks at the full committee hearing.

The report accompanying the bill, though, notes a lack of detail from NASA about how much it will cost to achieve the goal of returning humans to the moon by 2024. “While there is support for the mission, it is difficult to weigh the impacts of the accelerated mission on the overall budget of NASA with only a single year budget proposal,” the report states.

The committee said it wanted a five-year budget profile, like that for other NASA programs, so that members can better evaluate the costs of the Artemis program. “In the interim, the Committee has provided funds to allow for NASA to advance its human exploration program and awaits further definition of the program and its estimated associated costs,” the report stated.

Senate appropriators also appeared to be skeptical of NASA’s low Earth orbit commercialization activities, for which the agency sought $150 million in 2020. While supporting some public-private partnerships, like making a docking port available on the ISS for commercial modules, it quoted NASA reports that concluded that a lengthy transition period to primarily commercial facilities will be needed. The report provides just $15 million for commercial LEO activities “to allow for continued opportunities for LEO commercialization that are not primarily dependent on NASA funding.”

The bill rejects proposed termination of NASA’s education programs as well as several science missions, including the Wide-Field Infrared Survey Telescope (WFIRST). The Senate bill provides $445.7 million for WFIRST “to be developed on a timeline that allows a 2025 launch date.”

That amount, however, is less than the $510.7 million that the House provided in its fiscal year 2020 spending bill. Paul Hertz, director of NASA’s astrophysics division, warned at a Sept. 26 meeting of the Astronomy and Astrophysics Advisory Committee that the lower Senate amount could delay the launch of WFIRST by a year.

“The 510 [million dollars] gets us to a nominal launch date at the end of 2025 or early 2026,” he said. The lower Senate amount would require spending about $200 million more over the overall development of the mission to make up for shortfall in what is planned to be the peak year of spending. That would push back the launch date, he estimated, by “probably at least a year.”

The report also increased funding for the James Webb Space Telescope from the administration’s request of $352.6 million to $423 million, arguing that the additional funding reflected the cost increases for the mission after its launch date slipped to March 2021. Appropriators said in the report they were “befuddled” by the lower request for JWST given the delays in the mission.

“The Committee expects to be briefed expeditiously and kept fully informed on issues relating to program and risk management, achievement of cost and schedule goals, and the program’s technical status, including any impacts to other projects to accommodate JWST costs,” the report states. “Unfortunately, this expectation, while included in prior acts, has not been met by the agency.”

The report broadly supports NASA’s other science programs, including planetary missions. It is silent, though, on the Europa Clipper mission, not specifying a funding level for that mission, while the House bill provides $592.6 million. The bill itself only states that the mission should launch on the SLS, even as NASA considers commercial launch vehicle options. It does not, however, direct that the mission launch by a specific date.

The bill goes to the full Senate for consideration and eventual conferencing with the House version of the CLS bill, which provided $22.315 billion for NASA. Senators separately approved Sept. 27 a continuing resolution to fund the government at fiscal year 2019 levels from the start of the 2020 fiscal year Oct. 1 through Nov. 21, giving Congress time to finalize spending bills.

Sen. Richard Shelby (R-Ala.), chairman of the Senate Appropriations Committee, said there will need to be some compromises in order to achieve a final version of the bill, including $21 billion in cuts to non-defense discretionary spending from the House versions of appropriations bills in order to fit into a two-year budget agreement Congress approved in July. An agreement on border security between Congress and the White House will also be needed.

“If these conditions are not met,” he warned, “I fear we’re moving headlong towards a year-long continuing resolution. That’s not the outcome lots of us are hoping for.”

Two time crystals have been successfully linked together for the first time
Daniel Craig’s Knives Out Sequel Already Announced Its World Premiere And It’s Soon
Book Riot’s Deals of the Day for July 2, 2022
Mario + Rabbids Sparks of Hope preview promises a playful adventure, and Bowser gets to join in
F1 22 Review