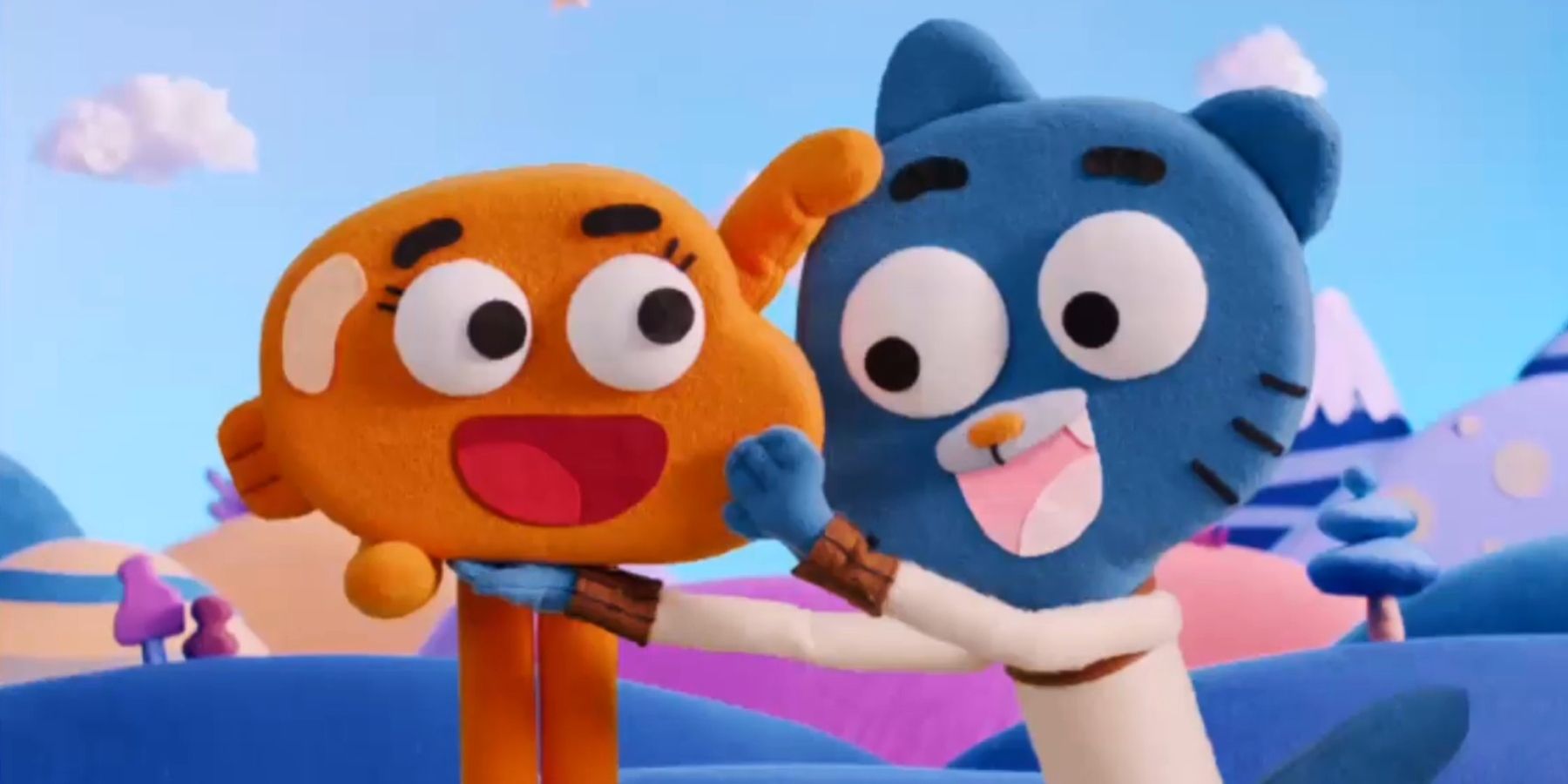 Fans of the creepy, surreal puppet series Don’t Hug Me I’m Scared were delighted when it creators brought their talents to an episode of The Amazing World Of Gumball. Cartoon Network’s The Amazing World Of Gumball follows the title character, a cat and his adopted brother, a goldfish named Darwin. The show has become a cult favorite due to its surreal tone and characters and it ran for six seasons.

The Amazing World Of Gumball has been compared favorably to other Cartoon Network shows like Adventure Time or We Bare Bears, though it’s unknown if the series will continue. The tone of is somewhat unique, with the series mixing up animated styles across its various seasons, including stop-motion, CG, flash animation and so on. Within the limits of a cartoon show aimed at younger viewers, it features a darkly comic tone with some shades of horror.

That was certainly emphasized by The Amazing World Of Gumball’s season 5 finale “The Puppets.” This episode contained a crossover, of sorts, with web series Don’t Hug Me I’m Scared. That series was created by Becky Sloan and Joseph Pelling and is a colorful puppet show in the style of Sesame Street. A typical episode finds the main characters being taught a lesson about subjects like “Love” or “Computers,” from talking objects like an actual computer. These episodes always take a David Lynch-style turn for the surreal, featuring scenes of psychological horror and gore. It’s a fantastic show, so fans were excited about the news of Sloan and Pelling bringing their surreal magic to Gumball.

The Amazing World Of Gumball’s “The Puppets” revolves around Darwin finding some old puppet toys in the attic, called Frank, Grady, and Howdy. Darwin soon becomes obsessed with these puppets and wears them all the time, leading Gumball to throw them away. The puppets later fish themselves out of the trash and possess Darwin, so Gumball travels into the puppet “world” to bring him back. Up to this point, “The Puppets” has been in the typical animation of the show, but this is when it switches to the style of Don’t Hug Me I’m Scared puppets.

The Amazing World Of Gumball then gives over to Don’t Hug Me I’m Scared’s surreal comic horror tone for about five minutes. This includes a catchy, but sinister song about having fun, and the puppets torturing Darwin and Gumball by having them eat bowls of grease and toenails. In the end, they escape the puppet world and sell the toys in a garage sale. While it’s not quite as intense as an episode of Don’t Hug Me I’m Scared, “The Puppets” was a fun clashing of tones between the two shows.