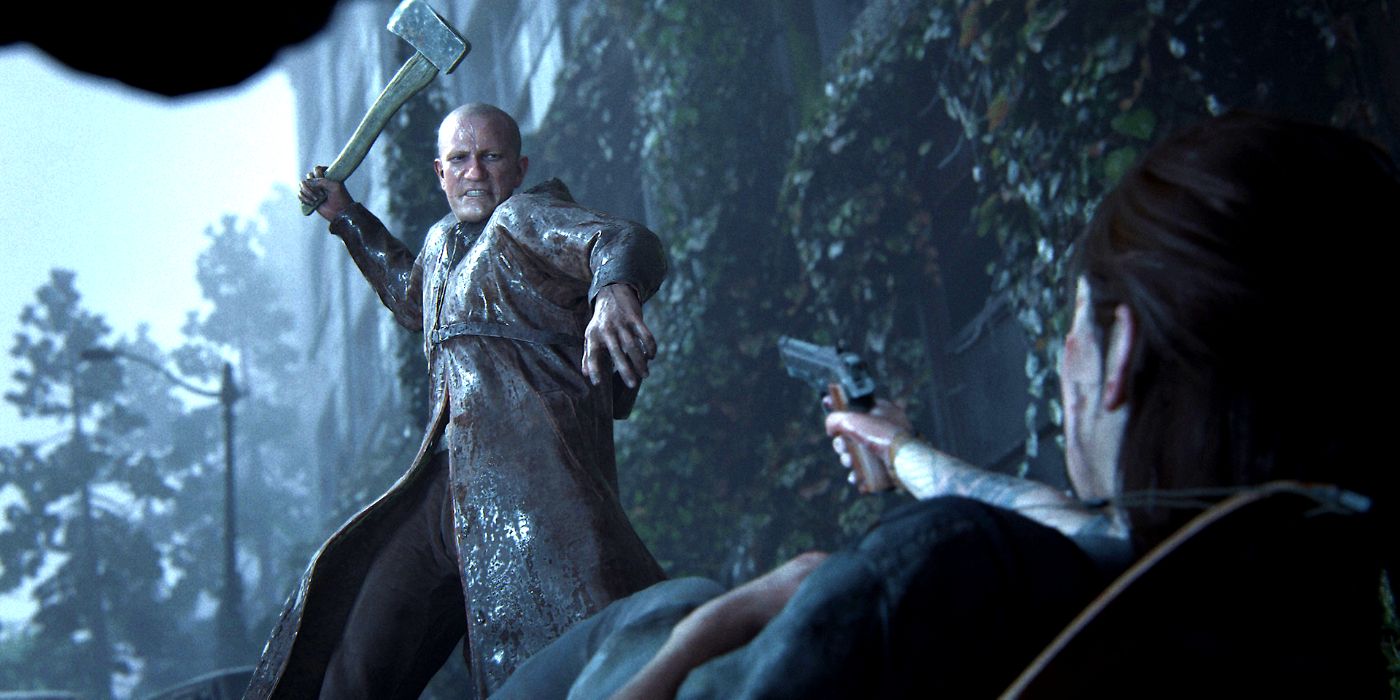 The Last of Us Part 2 will feature named enemies in an effort to make the player feel more remorseful after murdering them. The first entry in the series was praised by both critics and fans for its honest portrayal of how people can crack under pressure, and many of the most tense combat sections in The Last of Us stemmed from fighting simple human enemies who were just trying to survive in a very similar manner to how protagonists Joel and Ellie were. With the recent news of The Last of Us Part 2 coming on two discs, it’s beginning to look as if that space will be filled with more opportunities to make the player feel bad for what they are doing.

Announced nearly three years ago at a 2016 PlayStation Experience event, the long-awaited sequel has actually been in the works since early 2014, shortly after developer Naughty Dog released a remastered version of the original title. Although just this week the public received a release date trailer for The Last of Us Part 2 there are still many questions players have about the game, such as why the sequel gets rid of The Last of Us’ multiplayer.

Related: The Last of Us 2’s PlayStation Event May Not Be The Only One This Month

In a hands-on preview with The Last of Us Part 2 published earlier today by VG247, Naughty Dog is reported to have made very specific design choices in order to test players on how far they would go in a true survival situation. From enhanced gore systems which allow bullets to rip off jaws to the quick, punctuated death of exploding body parts, The Last of Us Part 2 appears to have gone all out in emphasizing what co-game director Anthony Newman calls “a conversation about the cycle of violence.“

“All of the human enemies in the game have names,” Newman went on to say, describing how they NPCs would yell out to each other in combat and give orders about things like searching areas or flanking opponents, calling each other by their names. “These aren’t just faceless goons that you’re fighting against, these are real people.” According to Naughty Dog, the NPC names are assigned upon the character spawning in and are not randomized, so a player who reloads a checkpoint will not suddenly be facing a whole other set of enemies. “It’s all in service of making the violence feel that much more real,” the co-game director said.

Among claims The Last of Us Part 2 is the most cinematic game Naughty Dog has ever created, it’s only fitting they have developed an enemy naming and gore system along with it. While giving NPC enemies static, un-randomized names may not initially sound like that drastic of a change, humans have a subconscious tendency to pack-bond with pretty much anything they can connect with, and it’s quite likely there will be some named NPCs in The Last of Us Part 2 which end up tugging on player’s heartstrings more than they expected when the game releases early next year.

Next: The Last of Us Part 2 Leak: February 2020 Release, Four Different Editions