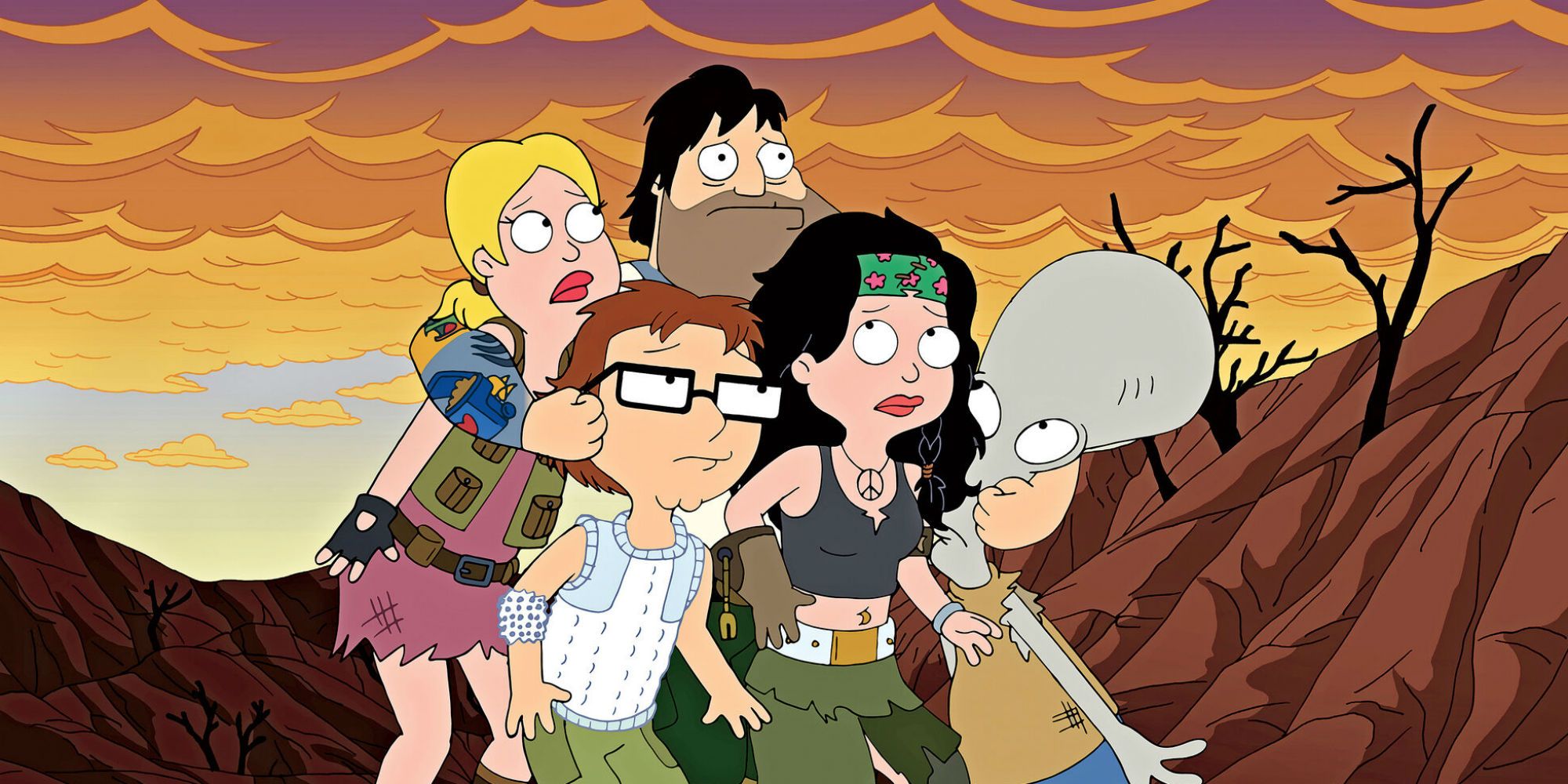 For its 200th episode milestone the makers of American Dad went all out with “The Two Hundred,” which parodied sci-fi drama The 100 alongside other post-apocalyptic properties. American Dad fans may remember when the show aired its 100th episode, it celebrated the watershed moment with an episode titled “100 A.D.” that boldly killed off 100 characters. It makes perfect sense American Dad would mark its 20oth episode in a similarly epic fashion.

American Dad is no stranger to a good parody. Just as Family Guy memorably parodied the original Star Wars trilogy, American Dad has lampooned everything from Alien to A Fistful Of Dollars. The show’s best-known parody episode is probably “Tearjerker” which hilariously lampooned both the Bond franchise and Oscar-bait movies.

Related: Family Guy’s Peter Griffin Should Be In Prison: Here Are All His Crimes

American Dad’s “The Two Hundred” turned its attention to The CW’s post-apocalyptic sci-fi series The 100. The title of the episode is an obvious nod to the show, but like The 100 it’s also set in a post-apocalyptic future where a nuclear blast has wiped out much of mankind. While Stan searches a barren Langley Falls for the rest of his family, his outfits show he’s got the post-apocalyptic chic fashion of The 100 down to a T. He also discovers a group of savage survivors led by Principal Lewis have turned to cannibalism, much like the Reapers in The 100.

Towards the end of the episode “The Two Hundred” puts a uniquely American Dad-like spin on proceedings. It’s revealed the titular 200 aren’t a group of teenage delinquents but 200 clones of Roger taking the form of his various personas – Ricky Spanish, Dr. Penguin, and The Legman included. It turns out the nuclear apocalypse was all Roger’s fault (as per usual) and came about after he had a run-in with a hadron collider that caused his personas to split and release a cataclysmic blast.

There’s a ton of references to fellow post-apocalyptic and sci-stuff hiding in “The Two Hundred” too. During the intro, both the music and title card are suspiciously similar to video game Fallout and there’s a scene showing the cataclysmic blast that features a kid vaporized into a skeleton that’s reminiscent of Terminator 2’s famous playground-set nuclear blast. For those wondering what the subplot about Stan’s tattoos was about, it’s a reference to another sci-fi property – Ray Bradbury’s short story collection The Illustrated Man about a vagrant whose tattoos each tell a different story.

American Dad’s seventeenth season is set to premiere in early 2020. If the show follows the 22-episode format it has done for the past few years, that means American Dad season 17 could feature the show’s 300th episode. It’ll be interesting to see whether American Dad celebrates this milestone in a similar fashion to “The Two Hundred”.

Next: Why Lacey Chabert Stopped Voicing Meg On Family Guy