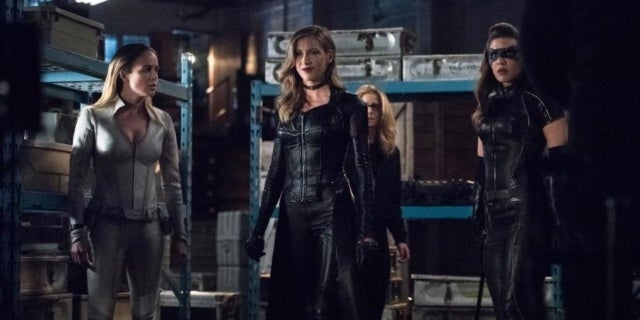 Even though Arrow is coming to an end, the world of Star City is going to live on past this season. The CW is moving forward with an Arrow spin-off based on The Canaries, Mia Smoak, Laurel Lance, and Dinah Drake. All of the previous Canary stars Katherine McNamara, Katie Cassidy, and Juliana Harkavy are all going to return. An episode of the final season of Arrow will serve as a backdoor pilot for the new series.

As you can probably guess, the new series will take place in a future version of Star City, keeping up with the current storyline of Arrow. The three heroes will have to fight in a Star City that’s been overrun by an uprising by a section of the city known as The Glades.

Mia Smoak ends up donning the Green Arrow mantle in the future of Star City, ant it looks as though she’ll continue with that secret identity in the upcoming spin-off.

This story is developing. More to come….