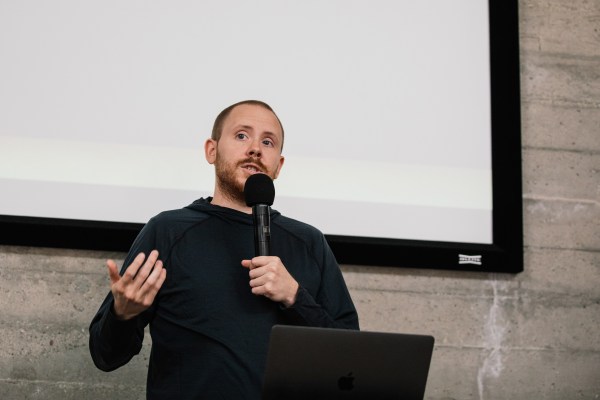 Sentry, a startup that provides bug-monitoring software for app developers, announced today that it has raised a $40 million Series C led by returning investor Accel, with participation from New Enterprise Associates.

The funding brings the San Francisco-based company’s total raised to about $66.5 million. Its last round of funding, a $16 billion Series B, was announced in May 2018 and brought Sentry’s valuation to $100 million. The company did not divulge its new valuation for its Series C, but co-founder and CEO David Cramer (pictured above) told TechCrunch that it reflects Sentry’s growth from serving 2,000 organizations at the end of 2015 to 50,000 now. Its clients include companies like Airbnb, Dropbox, Microsoft, PayPal, Peloton, Pinterest, Square, Symantec and Uber.

In a press statement, Accel partner Daniel Levine said “Sentry’s leadership has proven year after year that it can identify emerging technology trends and, crucially, bring products to market that developers need and are willing to pay for. We’ve watched Sentry achieve, and sustain, its market leadership in error monitoring, and we are excited to support the team as they reinvent APM and shake up the market to give customers critical tools for the app-oriented decade ahead.”

Sentry’s software is used to monitor performance and identify issues before they result in costly outages. Sentry also announced today that it is extending support for native applications with Sentry for Native, targeted to mobile, gaming and IoT developers. In an email, Cramer said that the company wants to “expand our product to more developers, and help them in more ways so they can leverage one solution (Sentry) across a broad range of environments.”

Sentry differentiates from legacy application performance monitoring solutions by focusing on software that run on devices its developers have no control over, including mobile and IoT devices and smart sensor networks. Another selling point is Sentry’s availability by open source or SaaS, for developers who want a hosted service. In addition to sending developers alerts, Sentry also gives them context for potential root cause analysis, to help them identify the source of the error.

“The past five years have seen massive leaps and advancements in how applications are built, deployed and run. Cloud. DevOps. Edge. Microservices. Code is much closer to consumers in application experiences on browsers in Single Page Applications (running JavaScript), desktops, and mobile and IoT devices,” Cramer said. “So why are we relying on decades-old APM technology designed for the server era to monitor and manage critical code?”

New Cult Of The Lamb Trailer Highlights Best Practices For Keeping Your Cult Happy
Metallica React to Stranger Things’ “Master of Puppets” Scene: “We Were Totally Blown Away”
Ms. Lauryn Hill Reunites With Wyclef Jean to Perform Fugees Songs at Essence Festival: Watch
Tech doesn’t get more full circle than this
After Taylor Lautner’s Fiancée Joked About Having Had A Crush On Robert Pattinson, The Twilight Alum Shared A Funny Response