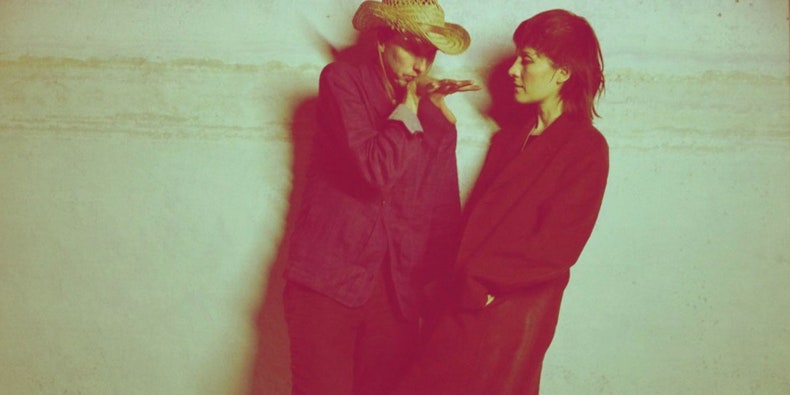 “Marfa is an extraordinary town. It feels like nothing else exists when you’re in it which is both comforting and unnerving,” Cate Le Bon said in a statement. “We committed ourselves to embracing the chaos, surrendering to all moments and moods that travelled through. It’s a crude holiday scrapbook shared by all involved, an amalgamation of the changes in mood and light that shaped the days.” Le Bon worked with Cox on Deerhunter’s new album Why Hasn’t Everything Already Disappeared?.

Previous installments of the series featured collaborations between Dev Hynes and Connan Mockasin, Ariel Pink and Weyes Blood, and Dungen and Woods.

01Canto!
02 Secretary
03 Companions in Misfortune
04 Constance
05 Fireman
06 Jericho
07 What Is She Wearing