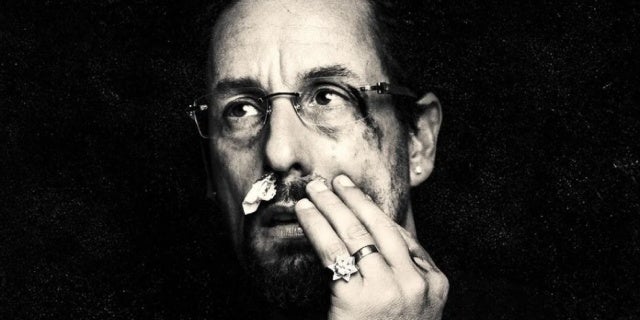 Adam Sandler’s career has gone in some pretty unique directions over the years, and the trailer for his latest film appears to be no exception. On Tuesday, A24 released the first full trailer for Uncut Gems, an upcoming crime drama starring Sandler. The film will star the comedian and Saturday Night Live alum as Howard Ratner, a jewelry store owner and dealer to the rich and famous who is forced to find a way to pay his debts after his merchandise is stolen from one of his top sellers.

Uncut Gems will be directed by Josh and Benny Safdie, who previously helmed the Robert Pattinson vehicle Good Time. The duo co-wrote the film with Ronald Bronstein. The film made its debut at the Telluride Film Festival this August, earning a 100% Rotten Tomatoes rating and some potential Oscar buzz from Sandler.

“I feel great that all the hard work we all did is looked at in a positive way,” Sandler said in a recent interview with the Los Angeles Times. “It’s very exciting, it really is. It’s exciting for me as a guy who has been doing it a long time to do a different thing, use a different muscle.”

“But mostly I am just excited that these guys are getting the recognition they deserve.” Sandler continued. “They’re incredible guys. Hardest working, most focused. And they’re so young and they have so much ahead of them.”

“It was really Adam, making you comfortable, him having patience with you, him adjusting to you, these were all things I was recognizing.” Garnett said of acting in the film. “I thought I was messing up, he fixed it and it felt like conversation. … That’s greatness, to be able to make somebody else better than when they started.”

What do you think of the first trailer for Uncut Gems? Share your thoughts with us in the comments below!

Uncut Gems will be released in theaters on December 13th.