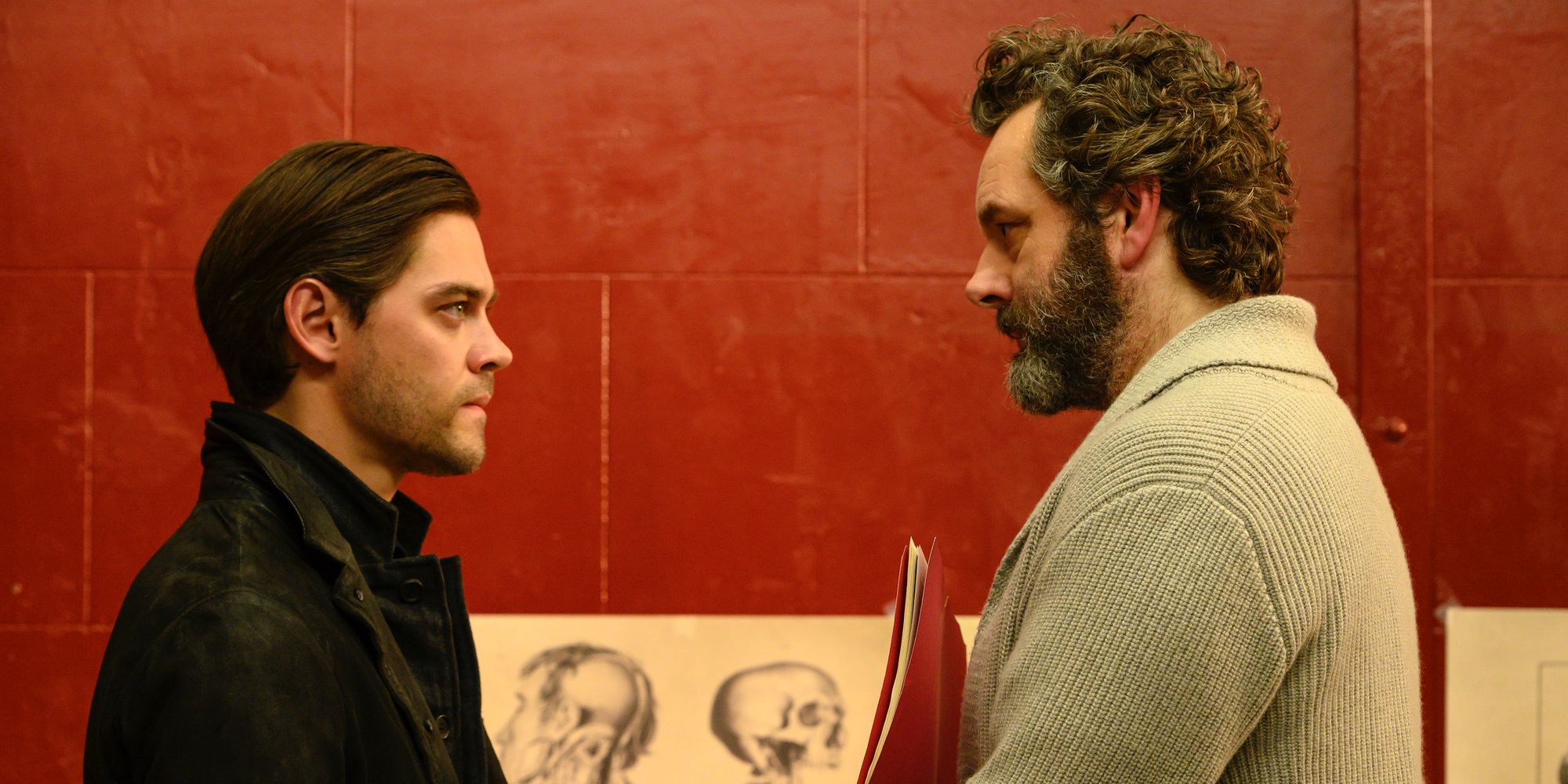 Film and television have long had an oversized interest in serial killers and the men and women who pursue them. That interest can sometimes be purely prurient, a desire stare into the shallow abyss of fictional slashers and their abhorrent habits before they’re brought to justice, one way or another. But the serial killer subgenre has also had its fair share of films and television shows that’ve broken the mold, so to speak, to deliver a more compelling final product, while still peering into the darkest corners of human existence. The best example of this is perhaps Jonathan Demme’s 1992 multiple Academy Award winner, The Silence of the Lambs, which not only elevated the serial killer flick but eventually spawned one of the best examples of the subgenre on TV: NBC’s short-lived but much-loved Hannibal.

Although it borrows heavily from the latter, with its erudite FBI agent Malcolm Bright (Tom Payne) taken to consulting incarcerated serial killer Martin Whitly (Michale Sheen) for help with other murderers, FOX’s new procedural Prodigal Son doesn’t quite rise to the level of Bryan Fuller’s dreamlike examination of evil and empathy. It is, instead, a somewhat muddled and less challenging amalgamation of American Psycho mixed with a half-baked version of the series that saw Mads Mikkelsen usurp Anthony Hopkins as the reigning Hannibal Lecter of choice.

That doesn’t mean Prodigal Son doesn’t have something unique to offer. There is the not-so secret twist in the show’s conceit that agent Bright is also Whitly’s son, who may or may not be a chip off the old block in some truly dark and disturbing  ways. Created by Chris Fedak (Forever) and Sam Sklaver (Deception), the series kicks off with a loud, hectic premiere that aims to paint Malcolm as an arrogant narcissist and borderline psychopath who’s also law enforcement’s best weapon against the scourge of serial killers. Though it borrows heavily from the aforementioned films and television series, the first hour skates by with a sometimes bewildering blend of camp and dark humor that delights in its protagonist’s budding psycopathy — at one point he lops off a man’s hand to free him from the bomb he’s been handcuffed to — while hinting at a larger plot being orchestrated by Whitly, even though he’s been estranged from his son for more than a decade.

Over the top though it frequently is, Prodigal Son is not not entertaining. Sheen has been an outsized presence on television as of late, chewing the scenery in a delightfully exaggerated performance as a shady, doped-up Chicago lawyer in The Good Fight season 3. And although he doesn’t scale the same elaborate and aggrandized heights as he did on CBS All Access, the show’s writers have cleared plenty of space for him to do just that. More than once in the first hour Sheen reminds viewers just how fun he can be when there’s absolutely zero restrictions on his performance, and zero reasons for there to be in this case. The result, in the premiere anyway, is essentially the actor’s equivalent of Chekov’s gun. Sheen’s mere presence demands that he will, at some point, have to go off, and when he does, well, that’s when things could get interesting.

The only question is: will Prodigal Son allow that to happen, or will it be content to keep things as they are, with Whitly and his unblinking Mephistophelean presence slowly seducing his son for reasons that are yet to be made clear?

That that is the central tension of the series should give plenty of viewers a reason to tune in and also reason to pause and ask if Prodigal Son is really going to be worth their time. Though it’s playing by broadcast network rules, the content is admittedly tame when compared to similar fare on cable, streaming, or premium channels. But it’s also miles away from Hannibal in terms of the visceral nature of its dark content. As such, Prodigal Son comes off feeling a bit colorless in some regards, especially as the opener pulls Malcolm out of the FBI (for striking a police officer aiding in the capture of a serial killer) and puts him on a consulting gig with an NYPD detective and old friend played by Lou Diamond Phillips.

Phillips’ Det. Gil works as a bridge of sorts between Malcolm’s increasingly strained professional dealings with his father and the sister and mother who managed to avoid being scandalized by Whitly’s murders, thanks in large part to the family’s vast wealth. There are hints in the premiere that Prodigal Son has an opportunity to turn its attention toward the WASPy Whitly clan — mother Jessica (Bellamy Young) and sister Ainsley (Halston Sage) — and how their wealth and social standing not only insulated them from the fallout of Martin’s horrific crimes, but might also be the starting point of the psychopathy the series wants to suggest is genetic. That’s perhaps more complex a notion than Prodigal Son is interested in exploring, but, like Sheen’s knack for big performances, the series can’t just leave something like that on the table and hope to succeed.

Like most network television premieres this fall season Prodigal Son pilot feels not quite ready for primetime. That half-baked nature may give it an edge over other newcomers, affording the series a chance to reconfigure and adapt as the season progresses. For now, though, the serial killer drama will have to make do with moments of exaggerated off-screen violence, most of which hint at a familiar and rather pedestrian concern that the people tasked with taking down the worst of the worst have the potential to be just as bad as what they’re going after.

Prodigal Son continues next Monday with ‘Annihilator’ @9pm on FOX.