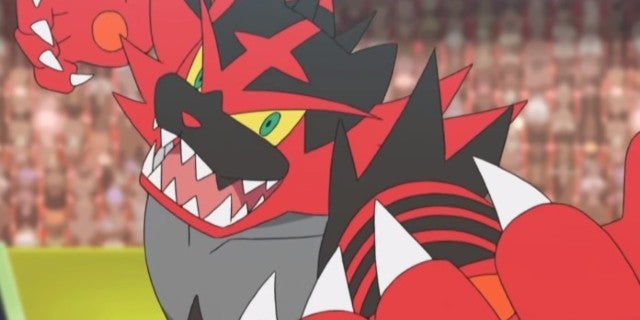 Pokemon’s Sun and Moon anime series recently stunned fans all over when Ash Ketchum finally took home the gold with his very first Pokemon League win in the series overall. It took over 20 years and over 1,000 episodes to accomplish this, but even with this big victory his battles have not ended. The anime is gearing up to debut his first big trainer battle following his victory in the Alolan League, and it’s against someone who has been by his side since the very begining of the Sun and Moon series – Professor Kukui, otherwise known as The Masked Royal.

Episode 141 of the Sun and Moon anime is titled “The Final Battle! Ash vs. Kukui,” and the preview sees Ash take on his final challenger as he and Kukui enter a literally fiery battle as Ash’s Torracat faces off against Kukui’s Incineroar. But now that Ash has won his first League, will he manage to take it all the way to the top?

Episode 141 of the series is described as such (thanks to translations from @Arkeus88 on Twitter with names romanized), “Ash has become the first ever champion of the Alola Pokemon League. Next up is, at long last, his exhibition match against Professor Kukui, aka The Masked Royal! A battle well worthy of your attention now begins between Ash, the first ever Pokemon League champion in Alolan history, and Professor Kukui, who is not only famous as a professor, but also as an exceptional Pokemon trainer with a long unbroken series of successive victories!”

While the synopsis may make it seem like Ash has his work cut out for him, the anime is in uncharted territory and Ash just might win it all. Fans had expected him to lose in this League just as he had in every other challenge thus far, so there’s a good chance that he’ll win this battle too. If he loses, he’ll just go on to train just like every other season but he’s riding on a high right now.

The other interesting bit for the Pokemon anime is that the next iteration of the series seems to tease a complete reboot. It could very well mean that Ash will no longer be a part of the series, and a win against Kukui could be the cap to it all. He could walk into the sunset a stronger trainer than ever. Then again, it’s not like this means he’s a Pokemon master either. So this battle could really go either way.