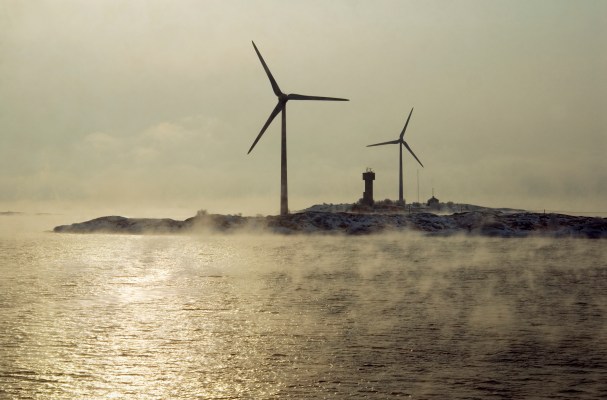 Google announced today that it was investing 3 billion euro (approximately $3.3 billion USD) to expand its data center presence in Europe. What’s more, the company pledged the data centers would be environmentally friendly.

This new investment is in addition to the $7 billion the company has invested since 2007 in the EU, but today’s announcement was focused on Google’s commitment to building data centers running on clean energy, as much as the data centers themselves.

In a blog post announcing the new investment, CEO Sundar Pichai, made it clear that the company was focusing on running these data centers on carbon-free fuels, pointing out that he was in Finland today to discuss building sustainable economic development in conjunction with a carbon-free future with prime minister Antti Rinne.

Of the 3 billion Euros, the company plans to spend, it will invest 600 million to expand its presence in Hamina, Finland, which he wrote “serves as a model of sustainability and energy efficiency for all of our data centers.” Further, the company already announced 18 new renewable energy deals earlier this week, which encompass a total of 1,600-megawatts in the US, South America and Europe.

In the blog post, Pichai outlined how the new data center projects in Europe would include some of these previously announced projects:

Today I’m announcing that nearly half of the megawatts produced will be here in Europe, through the launch of 10 renewable energy projects. These agreements will spur the construction of more than 1 billion euros in new energy infrastructure in the EU, ranging from a new offshore wind project in Belgium, to five solar energy projects in Denmark, and two wind energy projects in Sweden. In Finland, we are committing to two new wind energy projects that will more than double our renewable energy capacity in the country, and ensure we continue to match almost all of the electricity consumption at our Finnish data center with local carbon-free sources, even as we grow our operations.

The company is also helping by investing in new skills training, so people can have the tools to be able to handle the new types of jobs these data centers and other high tech jobs will require. The company claims it has previously trained 5 million people in Europe for free in crucial digital skills, and recently opened a Google skills hub in Helsinki.

It’s obviously not a coincidence that company is making an announcement related to clean energy on Global Climate Strike Day, a day when people from around the world are walking out of schools and off their jobs to encourage world leaders and businesses to take action on the climate crisis. Google is attempting to answer the call with these announcements.

‘Attack the Block 2’ – Joe Cornish Teases an ‘Aliens’/’Terminator 2’ Approach to the Sequel
Willem Dafoe Joins the Cast of ‘Nosferatu’ Movie from Robert Eggers
Fortnite Presents The Kid Laroi’s Wild Dreams, starting Jan 27
It Cracks Anna Kendrick Up How Twilight Stars Went From Heartthrobs To ‘The Butt Of Every Joke’
Chenso Club Review