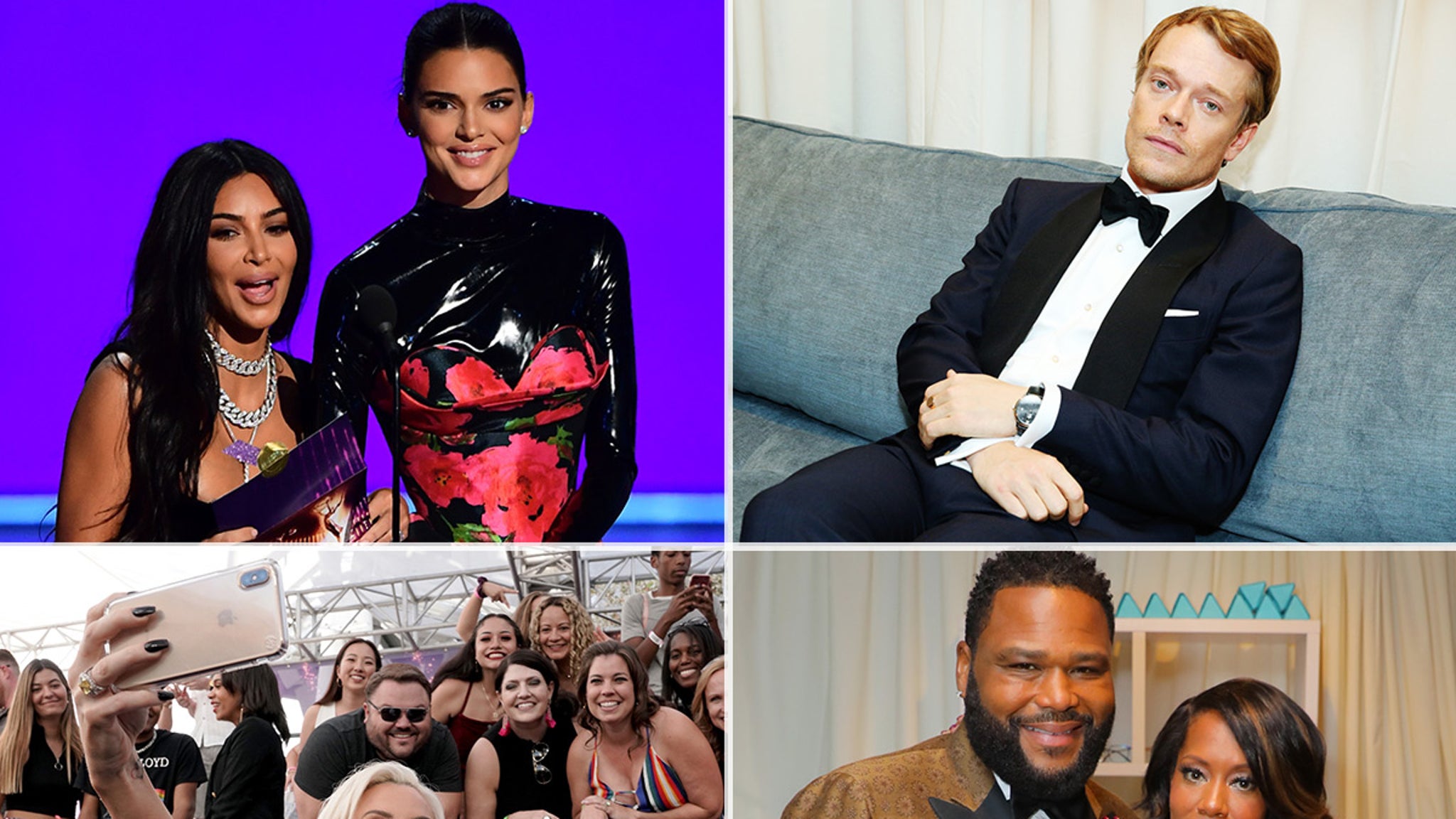 The 2019 Emmys are in full swing — and there is quite a variety of famous faces to soak in from behind the scenes … a testament to where entertainment’s headed, perhaps?

There was a very mixed bag of stars on hand Sunday at the Microsoft Theater in L.A. to smile for the camera, congratulate one another and if they were lucky enough … give an acceptance speech. Just a handful of the celebs who were there Kim K and Kendall Jenner, Anthony Anderson and Regina King, Alfie Allen, Kerry Washington, Taraji Henson, Bill Hader, Jane Lynch, Michelle Williams, Amy Adams, Olivia Colman, Don Cheadle, Patricia Arquette, and others.

It’s interesting … it feels like TV has sorta overtaken the star power and glam of movies, with a bunch of A-list actors having migrated over lately. Watching the Emmys is almost like watching the Oscars these days — and, apparently, it carries just as much weight.

That much is clear by how happy some of these fine people look to be walking away with a statuette. As we’ve said before … the time a-changin’.

Congrats to all the Emmy winners and nominees … keep that good content coming!!!

American Truck Simulator DLC will head to Kansas after Oklahoma
Eazy Digital helps Southeast Asia’s small insurers digitize their operations
‘GMA3’ Removes T.J. Holmes and Amy Robach From Show Intro
Kristen Stewart Already Has Another Directing Job Lined Up Ahead Of Her Directorial Debut
4 practical steps for using no-code to evolve your prototype to an MVP