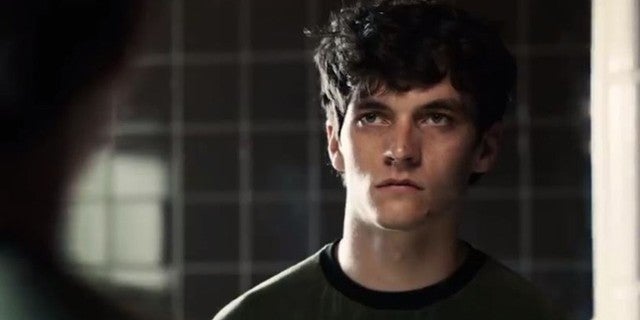 With Black Mirror: Bandersnatch, Netflix went out on a limb. The film, released as a standalone part of the Black Mirror science fiction anthology series last December, was a complex and unique offering that had viewers make decisions for the main character of the film, a young programmer named Stefan (Fionn Whitehead). The unusual approach to storytelling certainly pushed the boundaries of how stories are told and now that effort has paid off. Black Mirror: Bandersnatch took home the award for Outstanding Television Movie at Sunday night’s Emmy Awards.

In his acceptance speech, executive producer and Black Mirror creator Charlie Brooker thanked not only Netflix, but the people working the technical side of things for pulling off the complicated film noting that they had “pulled off a magic trick.”

The success of Black Mirror: Bandersnatch is already changing media in terms of interactive experiences. Back in March, a job listing on Netflix’s job page was seeking someone to apply “passion for interactive experiences, narrative design and technology to help reimagine the future of entertainment experiences on Netflix,” referencing Bandersnatch as an example. That job listing went along with Netflix’s announcement earlier this year that the streaming service was looking to “double down” on interactive content in the future following Bandersnatch’s success.

“It’s a huge hit here in India, it’s a huge hit around the world, and we realized, wow, interactive storytelling is something we want to bet more on,” Netflix product VP Todd Yellin said. “We’re doubling down on that. So expect over the next year or two to see more interactive storytelling. And it won’t necessarily be science fiction, or it won’t necessarily be dark. It could be a wacky comedy. It could be a romance, where the audience gets to choose – should she go out with him or him.”

Are you surprised by Black Mirror: Bandersnatch‘s Emmy win? Are you looking forward to more interactive storytelling on Netflix? Let us know in the comment below.

Mario Strikers Battle League updated to version 1.3.1
U.S. Senate Holds Hearing on Ticketmaster Operations: “The Solutions Are There for the Taking”
The True Extent of Global Warming Has Been Hidden, Scientists Warn
The Monkey King Celebrates Chinese New Year With The Release Of An Epic Soundtrack
New ‘Dead by Daylight’ Tome “Betrayal” Released, as Well as New ‘Resident Evil’ Cosmetics [Trailer]