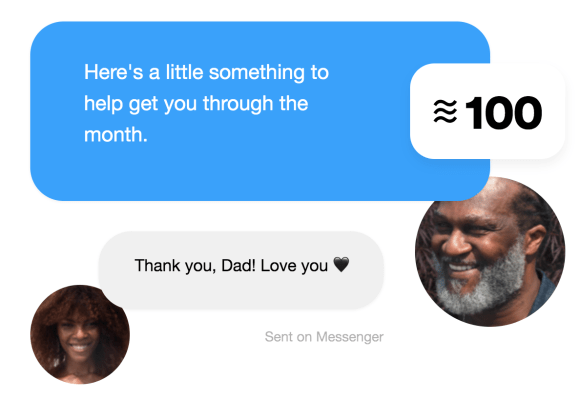 As Facebook prepares to launch its new cryptocurrency Libra in 2020, it’s putting the pieces in place to help it run. In one of the latest developments, it has acquired Servicefriend, a startup that built bots — chat clients for messaging apps based on artificial intelligence — to help customer service teams, TechCrunch has confirmed.

The news was first reported in Israel, where Servicefriend is based, after one of its investors, Roberto Singler, alerted local publication The Marker about the deal. We reached out to Ido Arad, one of the co-founders of the company, who referred our questions to a team at Facebook. Facebook then confirmed the acquisition with an Apple-like non-specific statement:

“We acquire smaller tech companies from time to time. We don’t always discuss our plans,” a Facebook spokesperson said.

Several people, including Arad, his co-founder Shahar Ben Ami, and at least one other indicate that they now work at Facebook within the Calibra digital wallet group on their LinkedIn profiles. Their jobs at the social network started this month, meaning this acquisition closed in recent weeks. (Several others indicate that they are still at Servicefriend, meaning they too may have likely made the move as well.)

Although Facebook isn’t specifying what they will be working on, the most obvious area will be in building a bot — or more likely, a network of bots — for the customer service layer for the Calibra digital wallet that Facebook is developing.

Facebook’s plan is to build a range of financial services for people to use Calibra to pay out and receive Libra — for example, to send money to contacts, pay bills, top up their phones, buy things and more.

It remains to be seen just how much people will trust Facebook as a provider of all these. So that is where having “human” and accessible customer service experience will be essential.

“We are here for you,” Calibra notes on its welcome page, where it promises 24-7 support in WhatsApp and Messenger for its users.

Servicefriend has worked on Facebook’s platform in the past: specifically it built “hybrid” bots for Messenger for companies to use to complement teams of humans, to better scale their services on messaging platforms. In one Messenger bot that Servicefriend built for Globe Telecom in the Philippines, it noted that the hybrid bot was able to bring the “agent hours” down to under 20 hours for each 1,000 customer interactions.

Bots have been a relatively problematic area for Facebook. The company launched a personal assistant called M in 2015, and then bots that let users talk to businesses in 2016 on Messenger, with quite some fanfare, although the reality was that nothing really worked as well as promised, and in some cases worked significantly worse than whatever services they aimed to replace.

While AI-based assistants such as Alexa have become synonymous with how a computer can carry on a conversation and provide information to humans, the consensus around bots these days is that the most workable way forward is to build services that complement, rather than completely replace, teams.

For Facebook, getting its customer service on Calibra right can help it build and expand its credibility (note: another area where Servicefriend has build services is in using customer service as a marketing channel). Getting it wrong could mean issues not just with customers, but with partners and possibly regulators.