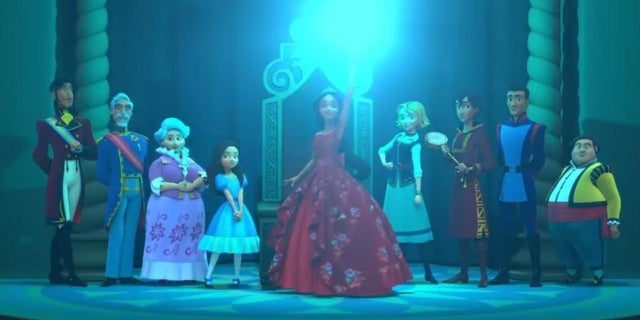 Disney is breaking new barriers with its roster of princesses later this year, as the first princess of Jewish heritage will be introduced on Disney Junior‘s popular series, Elena of Avalor. News broke this week that Elena of Avalor will have a special Hanukkah-themed episode this December, and it will feature a princess from a nearby Latino Jewish kingdom. The character, who’s name has yet to be revealed, will be voiced by former Sopranos star Jamie-Lynn Sigler.

After the announcement made its way to Twitter via the Walt Disney Television Animation News account (no official connection to Disney), Sigler quoted the message to confirm the news. She said she couldn’t wait to make history as Disney’s first princess of Jewish descent.

“I am so excited to voice Disney’s first Jewish princess,” Sigler tweeted, along with several heart emojis.

I am so excited to voice Disney’s first Jewish princess 💁🏽‍♀️❤️❤️❤️ https://t.co/TISMnknDyQ

Also confirming the news of the new character was Rachel Ruderman, who is one of the writers on Elena of Avalor. She penned the episode featuring Sigler’s new princess.

“A little over a year ago, I had the honor of writing an Elena of Avalor episode featuring Disney’s first Jewish princess,” said Ruderman in a tweet. “[Jamie-Lynn Sigler] knocks the role out of the park (wait ’til you hear her song!) and [Craig Gerber] directs it masterfully. Can’t wait to share this one!”

A little over a year ago, I had the honor of writing an #ElenaOfAvalor episode featuring Disney’s first Jewish princess. @JamieLSigler knocks the role out of the park (wait ’till you hear her song!) and @CraigGerber_ directs it masterfully. Can’t wait to share this one! https://t.co/HE9SlhVo7g

While many of the characters on Elena of Avalor are princesses that appear on a Disney property, they aren’t considered part of the “official” roster of branded Disney Princesses. As of now, the official list consists of Belle, Rapunzel, Ariel, Tiana, Moana, Cinderella, Aurora, Merida, Pocahontas, Jasmine, Mulan, and Snow White.

Regardless, this will be the first unofficial Disney princess of Jewish heritage, which is certainly a milestone worth celebrating.

Have you been watching Elena of Avalor? What do you think of the newest princess addition? Let us know in the comments!