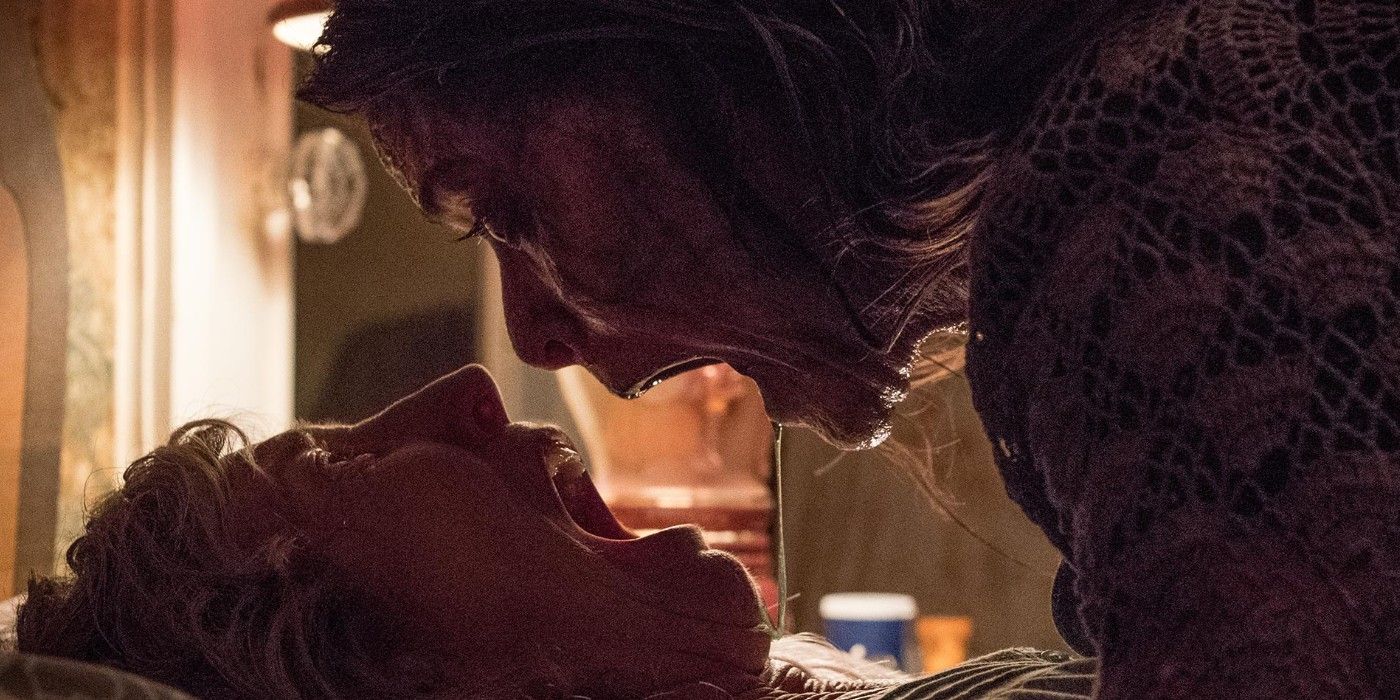 Lin Shaye and Demián Bichir are terrorized by malevolent ghosts in the first-look images from The Grudge reboot. An Americanized take on the Japanese Ju-On franchise, The Grudge series was part of a wave of Hollywood J-horror re-imaginings that flooded theaters in the 2000s, following the success of Gore Verbinski’s The Ring in 2002. The first Grudge film, in fact, was even directed by Ju-On filmmaker Takashi Shimizu and opened in 2004, with Sarah Michelle Gellar starring as Karen, a U.S. exchange student studying in Tokyo when she stumbles upon a supernatural curse.

After being delayed from its original August 2019 date, The Grudge reboot is now set to arrive over the first weekend of 2020. Written and directed by Nicolas Pesce (The Eyes of My Mother, Piercing) from an earlier script by Jeff Buhler (Pet Sematary 2019), the film stars Mandy‘s Andrea Riseborough as a detective investigating a strange murder case in her new town. Eventually, this leads to her a house that’s inflicted by “The Grudge” – a curse created when a person dies in extreme rage or sorrow. And judging by the movie’s first photos, these new Grudge ghosts are definitely upset.

EW has unveiled the first-look photos for The Grudge reboot, which show Riseborough’s costars Shaye (Insidious) and Bichir (The Nun) being terrorized by what appears to be two of the Grudge specters in the film. Take a look, below.

Put simply, these new Grudge ghosts (while perfectly creepy in their own right) are a far cry from the pale-white and sunken-eyed Japanese spirits from the previous American Grudge movies and Ju-On films. Pesce actually alluded to this during his interview with EW, describing the U.S. and Japanese franchises as being “anthology series” where different people have “different interactions with this curse”, which then manifests itself in new ways. In another intriguing twist, the director revealed The Grudge reboot takes place at the same time as the 2004 movie starring Gellar, only in small town American rather than Tokyo. Pesce also confirmed that the reboot will have multiple story threads (three, in fact) that “interweave and all take place at slightly different times”, but revolve around the same cursed house – again, much like Shimizu’s remake.

That being said, the ghost designs aren’t the only thing that set The Grudge reboot apart from its predecessor. In the past, Pesce has described the film’s plot as being more of a ground cop drama along the lines of Seven, unlike the previous Grudge movies (where the ghosts mostly hunted down their victims, slasher-style). Pesce himself has similarly begun to develop an artistic style of his own after his first two features, which will further help to set The Grudge reboot apart from its predecessors. Horror fans will have a better idea of what that entails after the movie’s trailer arrives in the near future (most likely, early October)