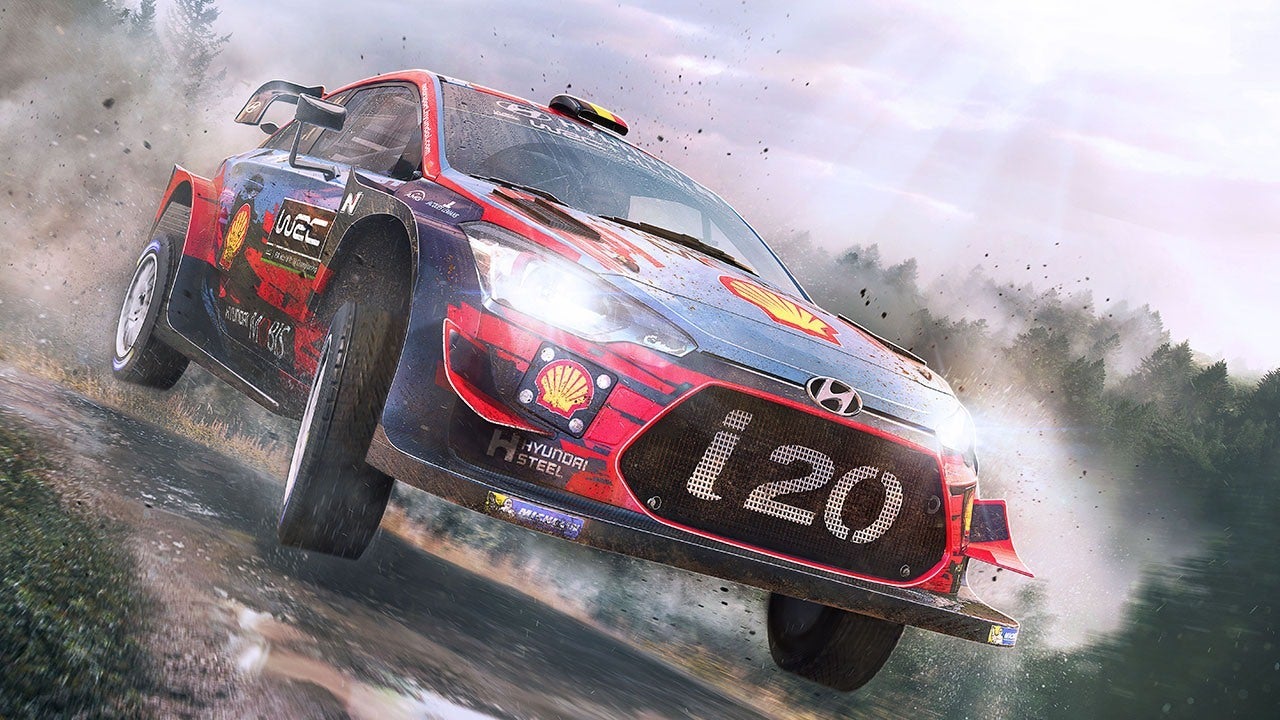 Though it’s been through some hard times over the past 19 years, KT Racing’s WRC series has been steadily improving since the French development team’s tenure with the license began in 2015, and WRC 8 represents its biggest leap in quality to date. Packed with outstanding stage design and bolstered by a number of welcome improvements – including a much richer and more nuanced career mode – WRC 8 is certainly the most in-depth rally sim to ever wear the official license. Finally, it’s positioned to compete with the big names in the genre.

Whether played with a pad or a wheel, WRC 8 is a satisfying arm wrestle and certainly the best-feeling WRC game I’ve played – and that extends back to Evolution’s memorable stint with the license back in the PS2 era. On a pad, the FWD cars like aggressive taps of the stick for countersteering – anxious drags just induce fishtailing. They also need keen tugs of the trigger to brake hard and step the rear out. The AWD WRC cars and their otherworldly acceleration and grip require much more finesse; you can pivot them on the throttle but they demand smoother inputs all around. On a wheel, however, it really starts to sing; it’s slippy but responsive as the tyres relentlessly claw at any surface, and the force feedback is impressive and effective.

There have been some drastic changes to the career mode in WRC 8 as well, and the result is far more engaging than the basic menu cycling from event to event that characterised WRC 7. WRC 8’s version has blossomed into something that feels more representative of a large-scale, globe-trotting motorsport, with non-championship events to opt into, training tasks to complete, and team members to contract.

WRC 8’s [career mode] has blossomed into something that feels more representative of a large-scale, globe-trotting motorsport.

Specific staff now need to be hired to fill six important roles, each of whom come with gameplay benefits attached to make those decisions feel meaningful. Skilled mechanics can accomplish more repairs within the limited window at the service park between stages; effective agents can wrangle invites to more exclusive one-off events; and canny meteorologists can forecast further into the future, giving you an idea about potential weather changes deeper into stages.

Granted, it’s a little daft how quickly staff tend to tire considering they’re not the ones doing to the actual driving. For instance, while my co-driver and I spent several days slicing through Swedish tundra at speeds that would make even the sternest scrotum shrivel, my agent got so burnt out from sipping champagne and eating tiny triangle sandwiches in the hospitality tent that he needed a week off. It’s also more than a little incongruous that it’d be up to the driver to personally manage staff vacation time in the first place. That said, I think the crew management is still a good addition to WRC 8, injecting a welcome team atmosphere into what had previously been a pretty lonely experience.

There’s also now a large skill and tech tree, shamelessly reminiscent of the R&D system that’s been part of the F1 games for several years now, and it adds a bunch of extra layers to WRC 8’s racing career. Whether you choose to apply upgrade points to improving your cash and XP awards or you opt to target strictly technical improvements is up to you. There’s a little bit of arbitrary game-y nonsense when it comes to managing bonus objectives (it’s illogical your reputation with your current manufacturer would take a hit simply for using a particular tyre compound during a rally if you’d also just won the rally) but overall it’s still a huge improvement from the entirely vanilla career experience of WRC 7.

A handsome looking racer, WRC 8’s lighting effects are particularly strong this year. Low sun pierces through the treelines and a spectrum of time-of-day conditions are on offer to really change up the aesthetics of stages run under different cloud and weather scenarios. Attention to detail has improved, too. Beading water, which was surprisingly sub-par in WRC 7, has been replaced with a much more modern and authentic rain effect in WRC 8. The suitably streaky effect that accompanies flicking the wipers on for the first time is nice, too (with dynamic weather, those of us who race in cabin view need to manually toggle the wipers any time it begins to rain, or if the windscreen has simply accumulated too much muck to see out of). The water-splash effects have had a boost as well, and they’re accompanied by a deafening blast as puddles pummel the undercarriage.

Sound is pretty top notch this edition, to be honest, with a great mix of a barking and burbling exhausts, tons of a kick-up, and plenty of meaty collision noises. Subtle stuff like the muted noise of crowds cheering big jumps – audible even over the wail of the needle bouncing off the limiter – didn’t go unnoticed, either.

The full 2019 season is replicated inside WRC 8 – the complete 14-country calendar and all the cars and teams from WRC Junior, WRC 2, and WRC. This means Poland has been flicked, but Turkey and Chile have been added and those stages are all-new. Not every stage in WRC 8 is fresh – there are repeated routes from the previous game, plus reversed stages – but they’re still amongst the best in the business. The key strength of the stages in WRC 8 isn’t just the sheer variety that 14 extremely different locations from across the globe affords, nor is it just the colossal length of the very longest of them (which, again, are the longest stages in the genre). It’s rather how effectively claustrophobic they are, and how amazing the sense of speed is on a ribbon of road flanked with so much danger at barely an arm’s length. WRC 7 established KT Racing as uncommonly astute rally stage craftspeople, and WRC 8 only strengthens that reputation.

See some of WRC 8’s newly-added retro rally cars in the video below.

The car roster is largely just the modern metal from the current WRC and supporting classes. There are a few older classics included for the first time – which is true step in the right direction – but don’t expect an extensive selection of rally icons (I hope you like Lancias, because they’re mostly just old Lancias). Dirt still has the WRC series well beat when it comes to the garage.