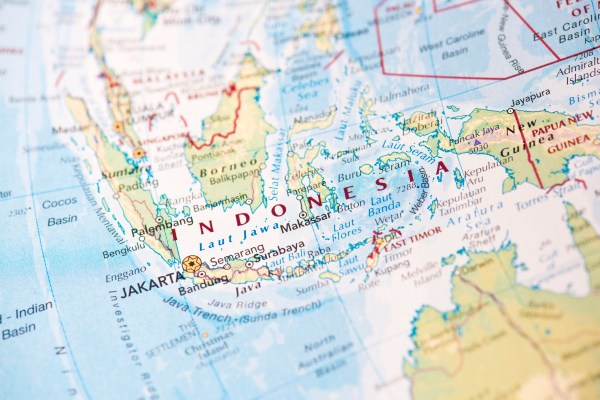 Indonesia has one of the fastest-growing e-commerce markets in the world, but the logistics industry there is still very fragmented, creating headaches for both vendors and customers. Shipper is a startup with the ambitious goal of giving online sellers access to “Amazon-level logistics.” The company has raised $5 million in seed funding from Lightspeed Ventures, Floodgate Ventures, Insignia Ventures Partners and Y Combinator (Shipper is part of the accelerator’s winter 2019 batch), which will be used for hiring and customer acquisition.

Shipper was launched in 2017 by co-founders Phil Opamuratawongse and Budi Handoko, and is now used by more than 25,000 online sellers. Indonesia’s e-commerce market is growing rapidly, but online sellers still face many logistical hurdles.

The country is large (Indonesia has more than 17,500 islands, of which 600 are inhabited) and unlike the United States, where Amazon dominates, e-commerce sellers often use multiple platforms, like Tokopedia, Shopee, Bukalapak and Lazada. Smaller vendors also sell through Facebook, Instagram, WhatsApp and other social media. Once an order has been placed, the challenge of making sure it gets to customers starts. There are more than 2,500 logistics providers in Indonesia, many of whom only cover a small area.

“It is really hard for any one provider to do nationwide themselves, so the big ones usually use local partners to fulfill locations where they don’t have infrastructure,” says Opamuratawongse.

The startup’s mission is to create a platform that makes the process of fulfilling and tracking orders much more efficient. In addition to a package pick-up service and fulfillment centers, Shipper also has a technology stack to help logistics providers manage shipments. It is used to predict the best shipping routes and consolidate packages headed in the same direction and also provides a multi-carrier API that allows sellers to manage orders, print shipping labels and get tracking information from multiple providers on their phones.

When it launched three years ago, Shipper began by focusing on the last-mile for smaller vendors, who Opamuratawongse says typically keep inventory in their homes and fulfill about five to 10 orders per day. Since many give customers a choice of several logistics providers, that meant they needed to visit multiple drop-off locations every morning.

Shipper offers pick-up service performed by couriers (who Opamuratawongse says are people like stay-at-home parents who want flexible, part-time work) who collect packages from several vendors in the same neighborhood and distribute them to different logistics providers, serving as micro-fulfillment hubs. Shipper signs up about 10 to 30 new couriers each week, keeping them at least 2.5 kilometers apart so they don’t compete against each other.

The company began setting up fulfillment centers to keep up with vendors whose businesses were growing and were turning to third-party warehouse services. Shipper has established 10 fulfillment centers so far across Indonesia, including Jakarta, with plans to open a new one about every two weeks until it covers all of Indonesia.

Opamuratawongse says he expects the logistics industry in Indonesia to remain fragmented for the next decade at least, and perhaps longer because of Indonesia’s size and geography. Shipper will focus on expanding in Indonesia first, with the goal of having 1,000 microhubs within the next year and 15 to 20 fulfillment centers. Then the company plans to tackle other Southeast Asian countries with rapidly-growing e-commerce markets, including Thailand, Vietnam and the Philippines.

Marilyn Manson Sued for 1990s Sexual Battery of a Minor
HBO’s ‘The Last of Us’ gets a second season following successful debut
Lisa Marie Presley Taking Opioids, Lost 40-50 Lbs. Weeks Before Death
Get Your Votes in for the 2023 FANGORIA Chainsaw Awards Now!
The electric Jazz Chisholm Jr. is your MLB The Show 23 cover athlete