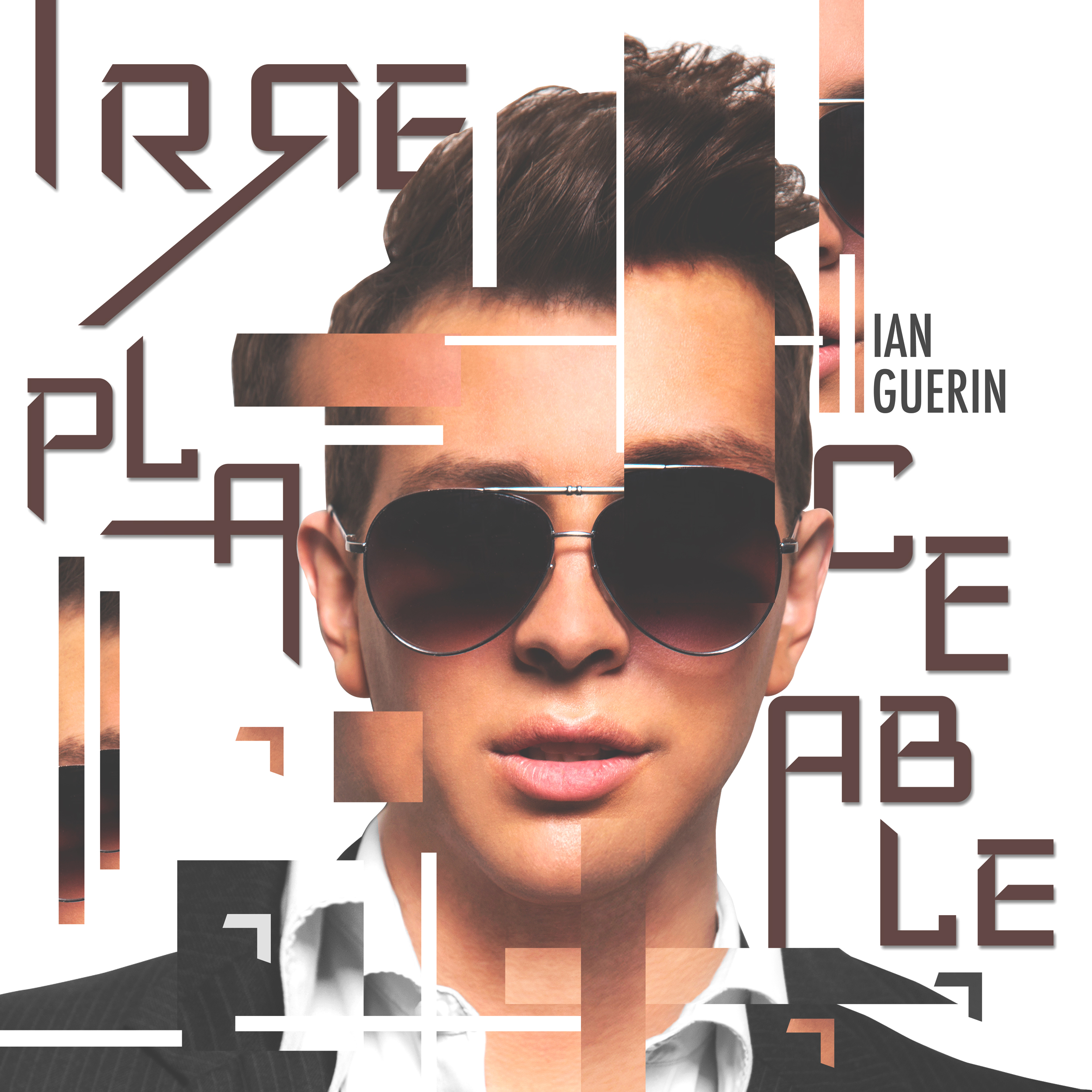 Recording superstar Ian Guerin continues to create a buzz with his newest album “Irreplaceable.”   Ian is not only a prolific songwriter, but he definitely knows how to speak to you. We shared questions and answers that were not only fun but thought provoking.

If you aren’t yet familiar with Ian, he hails from Mexico to LA and the UK and is an R&B, pop, blue-eyed soul songwriter and singer. Up until now he’s had great success in the UK, winning awards, but most importantly giving people timeless songs. His album “Irreplaceable” has picked up massive momentum in the States and continues to grab the attention of those who listen to it; it’s definitely a different affair.

Eileen Shapiro: First of all, what’s been happening?

Ian Guerin:These past months have been amazing! I’ve met incredibly talented people on both sides of entertainment, the media and the artistry, and it’s been great to feel included & fully understood for the very first time in my life. Every show I get to appear on turns into a conversation that goes beyond music, but I like that because it allows people to know me for who I am as a person. As I’ve said before: my soul focus is promoting my latest album “Irreplaceable,” yet there’ve been collaboration offers I can’t pass by. I’m committed to building a legacy and leaving an imprint, but most importantly to have my experiences be helpful to others. That’s the purpose of this album. I’ve grown up a lot, I’ve become more confident, and I like the fact that success has come gradually for me, because it’s allowed me to be prepared to handle and enjoy every step of the way.

Eileen Shapiro: If you could have me ask you any question in the world what would it be and what would your answer be?

Ian Guerin:I think that the question would have to be, what’s your biggest fear and what hurts you most?Because fear and hurt are the two biggest walls one faces in life.

Ian Guerin:The answers would be, what hurts me the most is having had so much love, dedication and joy to give in a relationship and not having found reciprocation. That’s hurt me, because I’ve found really incredible girls that I’ve loved intensely, and that I’ve given my all to, but they just haven’t reciprocated. That, no matter who you are, makes you fearful; it makes you feel like there’s something wrong with you. Mr. Ron Russell (from the world renowned web show The Jimmy Star Show with Ron Russell) told me “it doesn’t only happen to you a lot, it happens to everyone a lot,” and he’s right. Yet it’s still painful to not be able to be in a relationship like the one you know in your heart you could have. The upside of it is I’ve written great songs that’ll help people, who’ve been through the same, pull through or at least stay strong in knowing we all have flaws, but are worth loving regardless of them. No one should make anyone feel like they’re hard to love, even if I’ve been on both sides of that coin. That said, my biggest fear is not having my parents around long enough see me succeed. But most importantly, to have me use that success to make all their dreams come true. That’s probably the only thing that really scares me. I know I’ll use my success positively; I just want them to stick around long enough to enjoy it too.

Eileen Shapiro: If you could tour anywhere in the world what place would you pick?

Ian Guerin:I think there are many places, but the States would most definitely have to be my top pick, just because I love the touring culture. How they schedule tours, how they format shows to be theater, arena or stadium, how each stop is handled, the shops, the program; I have some from my favorite shows, & definitely picture how mine will look like. The experience as a whole is magic to me. But most importantly, how fans are there for it all. I love it.

Eileen Shapiro: Is there any one of your songs that you like better than the rest or are prouder of?

Ian Guerin:I don’t know if I’m prouder of some over others, because I’m proudest of the “Irreplaceable” album as a body of work. I love hearing it alone, and I wasn’t one for listening to my music when my debut album “Madsexy” dropped. But there’s something about these songs that makes them special. ‘Cry’ has a preferential place in my heart, because it was the first song I wrote and released that was 150% representative of who I am as a person, and as an artist, in body and soul. I was just hearing it and that piano intro gives me life; it’s my favorite intro from the album, and those snaps, and the way the words and the music complement each other… and that hook “…cause it hurts to fall in love with a person who won’t…” I think that line describes one of the most common yet most painful experiences we humans have to endure.

“…I’mma take this dream of me and you babe, and I’mma throw it out cause I’m just sick babe…” Lord knows I loved that line since I wrote it in high school, so when I finally got to add it to ‘Cry’ it was perfection. ‘Cry’ opened a lot of doors for me, yet my favorite at the time is ‘Feature in Your Life.’ I play it and I feel free and confident; it’s blatant, it’s honest, it’s hopeful, and romantic… “yeah you know how it feels to be down and low, cause you gave your all and got little to none, yeah, you’ve been there before…” Telling someone you love that you know they’re broken, but that you love them still, is brave. I can go on about each song forever so my personal favorites from the album are: ‘Feature in Your Life,’ ‘Cry,’ ‘The Place,’ ‘Irreplaceable’ & ‘A Different Affair,’ yet they’re all special, ‘Roll the Dice’ is as honest as I can get in a song and ‘Free Time,’ is the wheel of this ship. Still, follow my lead.

Eileen Shapiro: Looking at all the songs that have been written, what songs would you choose as the soundtrack of your life?

Ian Guerin:That’s a hard one; I’ve used so many songs to heal throughout my life that it’s hard to say. I’m going to list the ones I was fond of at crossroads or defining moments of my life and that fill my heart with emotions every time I hear them.

Eileen Shapiro: If you could be one person for a day who would you choose and why?

Ian Guerin:If it was fictional, I’d say Barney Stinson from “How I Met Your Mother,” but I think in my heart I’d be Gene Kelly. I would’ve loved to be a star in his time, with all that glitz, glamour and true nostalgia and class; in a time when stars had room–changing charisma and their talent, not production, ran the show. A time when you could be legendary. When music was real, when talent was god given not in fashion. When being notorious wasn’t in trend or enough to be famous, and pop culture was filled with timeless elements and substance. I’ve always had an old soul, so I’ve identified with those times since my grandma and I watched the movie “Singin’ in the Rain.” Every time I hear those big bands & vinyl statics, I crave being there and physically feel that excitement in my guts, so I’d definitely be Gene Kelly for a day. Frank Sinatra once said: “some say you only live once, but with the life I’ve lived, once is enough.” So one day as Gene would be more than enough.

Eileen Shapiro: Any new projects on the horizon?

Ian Guerin: I’m working on a feature with a couple of Hip Hop artists for a radio station mixtape. I most recently was part of a charity song, but I’m focusing on sketching the live show. I want to take “Irreplaceable” on the road. I’ve done movie theme-songs, collaborations, songwriting for fellow artists; I’m ready to hit the road & meet my people face to face. Make it “Irreplaceable.”