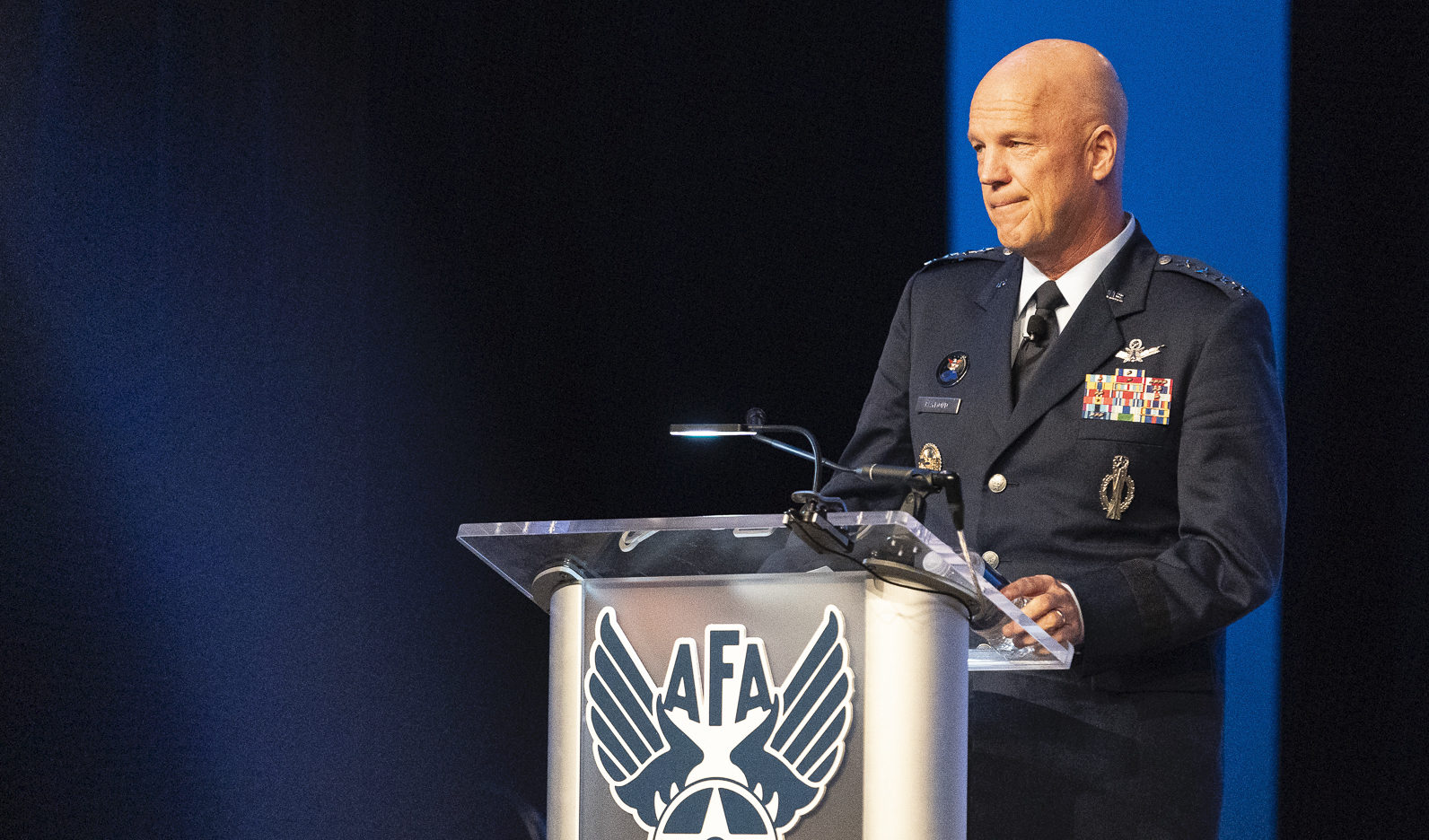 “To deter we have to deter from a position of strength,” Raymond said on Tuesday at the Air Force Association’s Air Space & Cyber symposium.

Raymond pushed back on criticism that having a U.S. Space Command — and in the future a U.S. Space Force as a new branch of the military — is about weaponizing space.

“The Outer Space Treaty says you can’t have nuclear weapons in space,” said Raymond. Other than that, there is no other treaty to govern nations’ conduct in space. “The rest is the wild, wild west,” he said. U.S. Space Command combined with a U.S. Space Force “will give us the strength to deter.”

President Trump officially reestablished U.S. Space Command as the Defense Department’s 11th unified combatant command on Aug. 29. The United States had a U.S. Space Command from 1985 until 2002 when it was dissolved by the George W. Bush administration. Its functions were absorbed by U.S. Strategic Command to free up resources to create U.S. Northern Command to oversee homeland defense.

As a unified combatant command, U.S. Space Command will be able to influence what types of satellites the Pentagon buys. “We will have a stronger voice in requirements,” he said.

High on his wish list is to be able to acquire satellites more quickly. “We have to move at a faster pace,” Raymond said. Current military satellites take five to 10 years to build. “That’s not fast enough.”’

It’s also important for satellites to be networked, said Raymond. “They have to be connected, they have to link sensor to shooter.”

During a meeting with reporters at the AFA conference, Raymond said he is not advocating for any particular size satellite. Small and large spacecraft all have vulnerabilities. “What we’re looking at is to develop not a one size fits all, but a hybrid architecture, with large and small so you don’t have a vulnerability,” he said. “I think you’ll see a hybrid architecture in the future.”

Another concern is having visibility of what is happening in space so satellites can be better defended, said Raymond. The traditional approach is to catalog space objects, but that type of space situational awareness is not enough. “My concern is that as we make the shift from space as a benign environment to a warfighting domain, the information you have for SSA changes,” he said. “If it’s a benign domain, just knowing where you’re sitting is good enough. In a contested domain, you need a lot more than just an address in space of somewhere is. You need a lot more information about it.”

U.S. Space Command intends to get better space intelligence by working more closely with foreign allies, with the U.S. intelligence community and with commercial companies that provide SSA data. “We are working on a data strategy on how we handle that data,” said Raymond. “The requirements of SSA have shifted,” he said. “And for keeping the domain safe, more is better.”