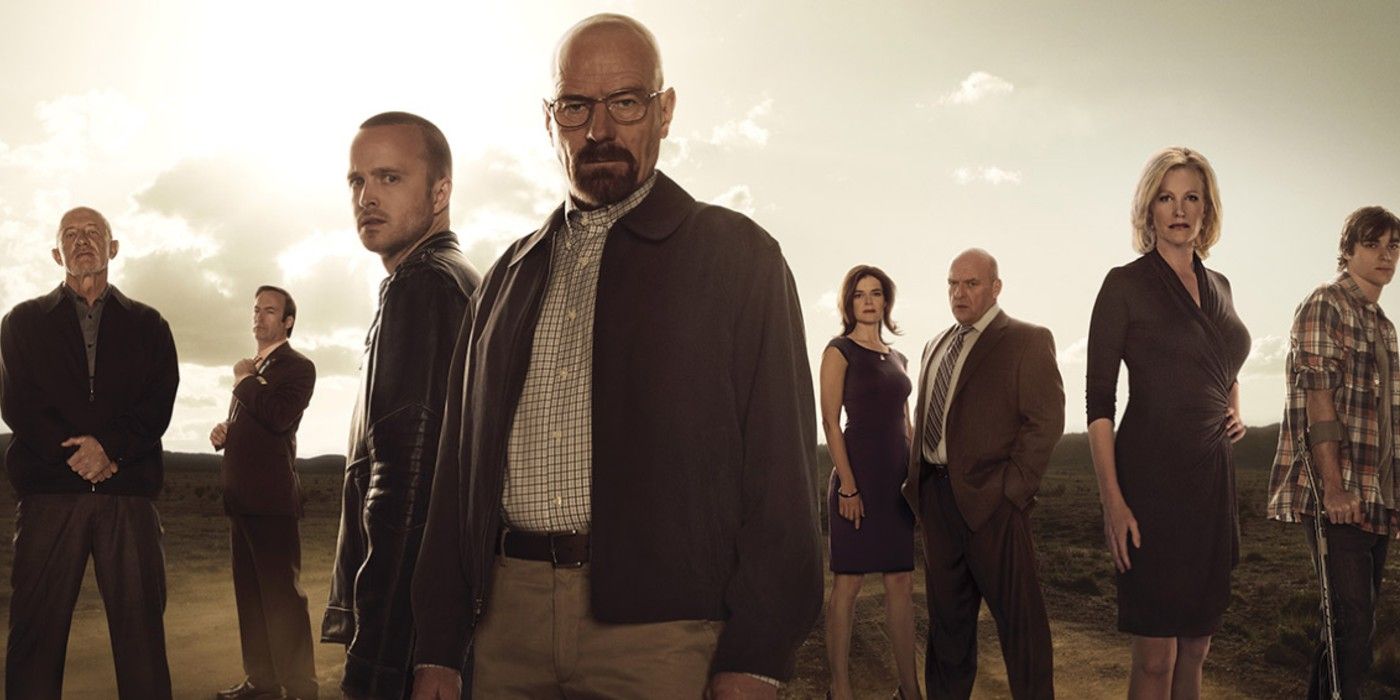 El Camino: A Breaking Bad Movie features more than 10 characters from the original AMC series. That iconic series, which debuted in 2008, tracked the saga of Walter White (Bryan Cranston), a mild-mannered high school chemistry teacher who, after being diagnosed with cancer, set out to provide for his family by teaming up with his former student Jesse Pinkman (Aaron Paul) to cook methamphetamine. But underneath White’s nebbishy persona lurked a capacity for darkness and violence that would come to be expressed through his stone-cold criminal-genius alter ego Heisenberg, who would emerge as the mysterious meth kingpin of Albuquerque.

Over the course of its five seasons, Breaking Bad would itself emerge as one of the key Peak TV series, while setting the template for numerous subsequent shows centered on morally conflicted anti-heroes. Now, six years after the show signed off, creator Vince Gilligan is bringing back the Jesse Pinkman character for El Camino: A Breaking Bad Movie. The Netflix feature sees the return of Emmy-winner Paul as Pinkman, whose story is picked up right after the events of the series finale, when he was released from imprisonment at the hands of Jack Welker’s meth cooking white supremacists by his former mentor/crime partner White, who himself apparently died during the effort.

Details about El Camino are being kept under wraps, but it was recently revealed that key Breaking Bad characters Badger and Skinny Pete, associates of Pinkman and White, are both set to return. In a profile of Paul, THR teased that even more characters from the original series are set to appear in the movie. In fact, more than ten Breaking Bad characters make their way to the film, though only Badger, Skinny Pete and Pinkman himself have been confirmed thus far, as writer-director Gilligan continues to keep a tight lid on spoilers. Though Gilligan doesn’t want any specifics getting out about El Camino, he did just reveal that the film is very entrenched in Breaking Bad lore, so much so that non-fans should probably avoid seeing the movie entirely (or perhaps binge the original series to get up to speed).

As for which Breaking Bad characters may be set for the movie in addition to the ones already revealed, there are plenty to choose from who survived the original series (or seemingly didn’t survive, but maybe did survive after all). That list of course includes Saul Goodman (Bob Odenkirk), who already heads up his own spinoff series, the critically acclaimed Better Call Saul. Walter White himself of course is thought to be dead (though the character could presumably appear in a flashback, unless there’s a twist where he actually isn’t dead), but White’s wife Skyler and son Walter Jr. are still alive and could somehow figure in the movie. Various previous cohorts of White and Pinkman could figure in as well, including Lydia, if she survived Walt’s ricin attack.

Of course, the big hope among many Breaking Bad fans is that Walter White is not in fact dead, and the reason for all the secrecy behind the movie is to hide the massive twist of White’s return. It would indeed be a major shock if White appears in El Camino in anything but a flashback or other brief cameo, but Gilligan and company certainly had no problem shocking fans with Breaking Bad, so audiences should probably prepare for just about anything to happen.

El Camino: A Breaking Bad Movie hits Netflix – and a limited number of theaters – on October 11, 2019.

Subnautica: Below Zero is its lowest ever price in Steam’s Base Builder Fest
Rian Johnson Wants To Make A Key Change To The Knives Out Franchise After Glass Onion
‘Huesera: The Bone Woman’ Trailer – Acclaimed Mexican Horror Movie Releasing in February
Yung Gravy Sued by Rick Astley for Copying ‘Never Gonna Give You Up’ Voice
New Tomb Raider Development in Full Swing, Reveal Coming This Year – Report