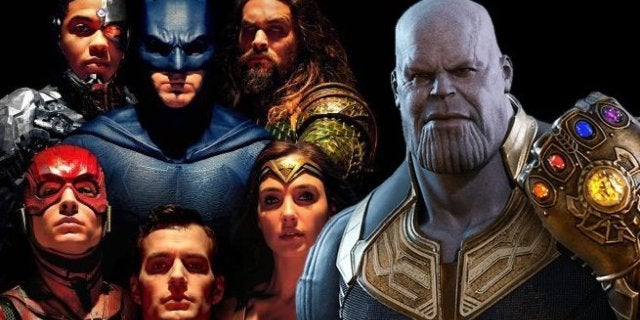 To say that there’s a war between Marvel fans and DC fans would be an understatement. While there are many people who are reasonable and can enjoy both superhero universes for what they offer, others tend to choose sides and consider entertainment as an ongoing battle of cultures. It’s been like that for comic book readers, and that has since stretched out into the films. And while DC Comics enjoyed a nice run at the top for decades, especially with Superman and Batman series of films that helped cement the genre in pop culture, it’s save to say that Marvel Studios is currently dominating the so-called fight.

So when a meme comes along that’s so brutal you can’t help but wince, no matter which side you’re on, it’s just bet to recognize the burn, apply some salve, and appreciate the humor involved. Such is the case when it comes to Netflix‘s algorithm suggesting you watch Justice League, as is the case with Old Man Steve Rogers.

Of course, this meme requires INB4 comments such as “Justice League isn’t on Netflix” and “this is biased toward the MCU.” This is just a humorous comment made by one fan, recognized for its cleverness.

After all, the theatrical cut of Justice League is not what many people would call a cinematic achievement, and much of that isn’t the fault of director Zack Snyder. Many fans know the tumultuous saga of his contributions to the project, cut short by both studio interference and a family tragedy that nobody deserves to endure.

But Snyder had grand plans for his version of the Justice League, plans that many fans believe were ruined because of Joss Whedon’s influence on the film. The movie went on to be panned by critics and fans, while also failing to light up the box offices and becoming one of the lowest grossing films in the modern DC era.

Snyder probably would have faired better, as his vision was much in line with the darker tone of Man of Steel and Batman v Superman: Dawn of Justice, a tone that will be seen in the upcoming Joker movie.

Many fans are still hopeful that Snyder’s version of the movie will actually be released sometime, and the #ReleaseTheSnyderCut campaign continues to persist to this day. Hopefully people get a Justice League movie in the future that will make everyone happy.