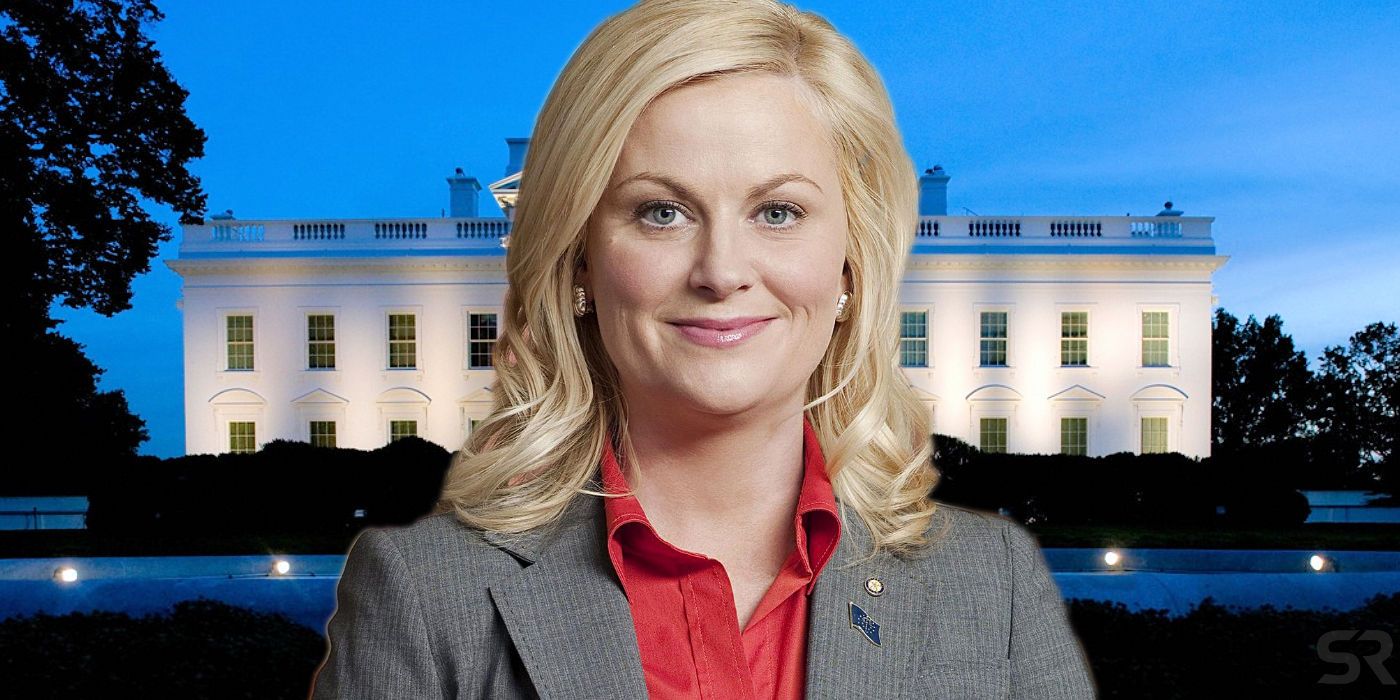 The Parks & Recreation series finale included a couple of time jumps, the last one showing an ambiguous ending for Leslie Knope: did she actually become President? Parks and Recreation was created by Greg Daniels and Michael Schur and aired from 2009 to 2015 with a total of seven seasons. Throughout the series, viewers got to meet Leslie Knope (Amy Poehler) and her coworkers and friends from the Parks and Recreation department in the fictional town of Pawnee, Indiana.

Leslie was a cheerful, ambitious, hard-working bureaucrat whose ultimate goal was to become the first female President of the United States. Leslie went from Deputy Director of the Pawnee City Department of Parks and Recreation to City Councilor of Pawnee, Regional Director of National Park Service Midwest Region, Deputy Director of Operations at the United States Department of the Interior, to Governor of Indiana (for two terms). But the series finale left viewers wondering if Leslie finally achieved her number one goal and became President of the US.

Related: What Happened To Ron After Parks & Rec Ended

Parks & Recreation’s final episode, “One Last Ride”, has a couple of time jumps, the final one set in 2048. In it, Leslie and Ben attend Garry’s funeral, who continued to be the mayor of Pawnee until his death at the age of 100. Leslie and Ben are surrounded by Secret Service members, hinting at one of them being either the President or the Vice President of the United States. The ending was left intentionally ambiguous and viewers have been wondering if this was confirmation of Leslie finally becoming President. Truth is, there’s no concrete answer to that.

The creators of the Parks & Recreation have never answered the question and they intend to continue like that. Schur has shared with Hello Giggles that it’s up to every viewer if Leslie became President or if it was Ben, or if they just had very important roles in the government that required some extra security guards. He added that viewers followed her journey and know what Leslie is like and capable of, and that way everyone will make whatever they want out of the ending.

That said, many Parks & Recreation fans have decided that Leslie indeed became President, as she had always been a hard-working woman who didn’t stop until she got what she wanted. Although this type of open endings can be annoying to some, they end up being an effective way to interact with viewers as each one will make their own ending depending on their perspective of the characters.

Next: Parks & Rec: Did Leslie Ever Get to Build Her Park?