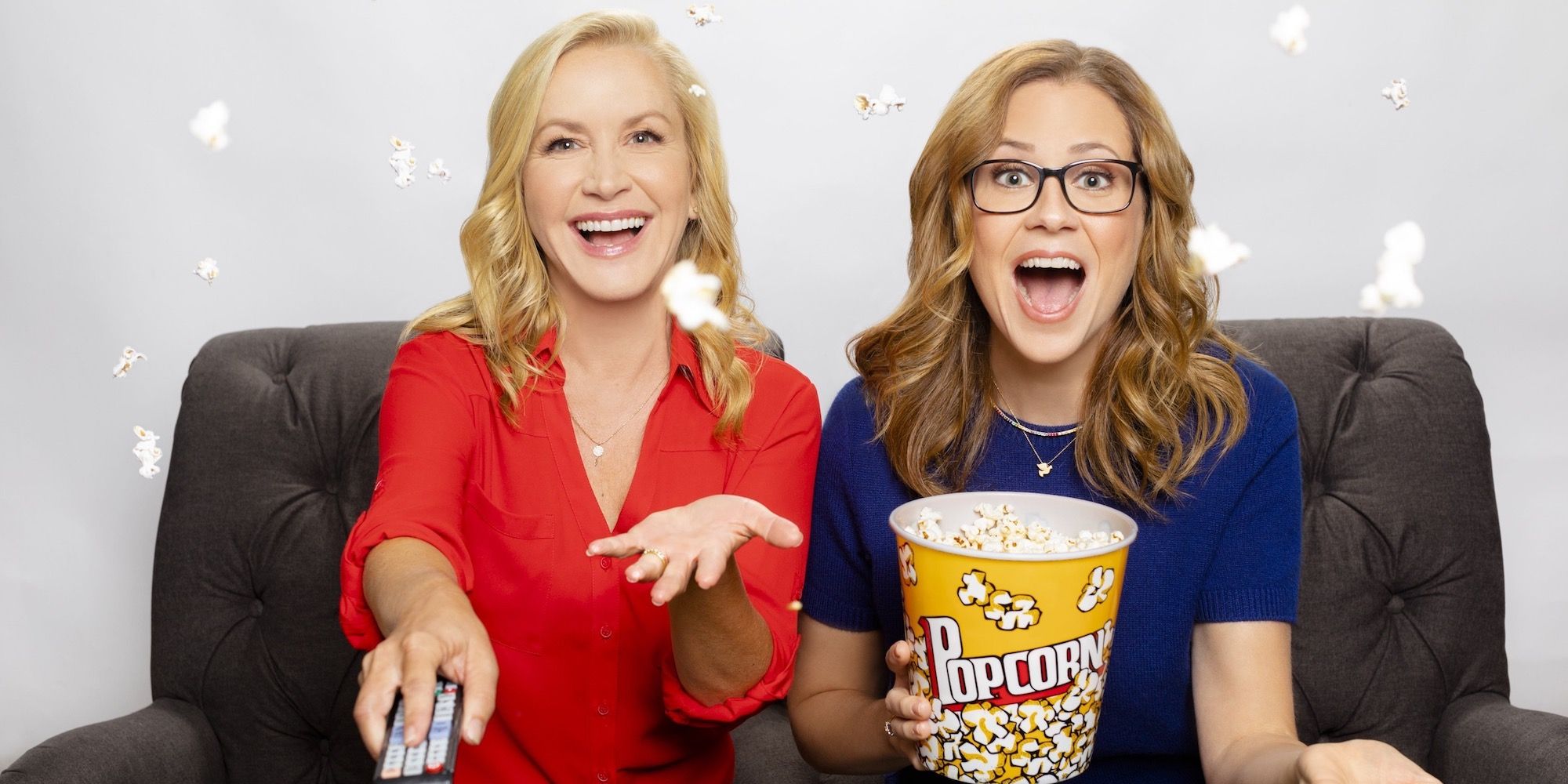 Jenna Fischer and Angela Kinsey are to reunite for a new podcast project that looks back at every episode of The Office. On the NBC sitcom, Fischer starred as Pam Beesly while Kinsey played Angela Martin for all nine seasons. The show aired from 2005-2013 but has maintained popularity thanks to streaming.

The show, which was a remake of the original UK Office, will reach its 15th anniversary next year and continues to gain new fans despite concluding six years ago. As the beloved receptionist turned saleswoman Pam, Fischer presented one of television’s most beloved ongoing relationships with Jim Halpert (John Krasinski) while Kinsey’s Angela started off as a recurring character but became more of a major player in season 2 and onward.

Related: 10 Facts Behind The Making Of The Office

As reported by EW,  the podcast titled Office Ladies will have the two real-life friends look back at all nine seasons of the hit NBC show while providing behind-the-scenes information and fun memories. The stars released a statement with Kinsey saying: “The Office was such an amazing chapter of our lives and it means so much to us that we get to share some of our memories of filming it with our audiences.” Fischer also hinted at discussions about what the pair have been up to since finishing the filming of the show. Another reason for fans to be overjoyed is that there will be an element of interaction with the podcast as the hosts look for some fan questions to answer on the show, which Fischer announced on Twitter.

We are so excited to finally be able to share about our upcoming podcast Office Ladies! We are heading to the recording booth this week to talk about The Alliance from Season 1. We want to know if you have any questions about that episode! What do you want to know? #OfficeLadies

In the years since The Office had reached its conclusion, Fischer has starred in numerous projects – most recently the ABC sitcom Splitting Up Together in which she played one of the lead characters whose relationship was rekindled by their divorce. The project had reached two seasons on the network before being cancelled in May. Kinsey however recently had a feature role on the Netflix series Haters, Back Off, based on popular YouTube character Miranda Sings. Kinsey played Miranda’s mother Bethany and was a regular character until the show’s cancellation. She has also appeared on several other shows including New Girl, playing the recurring character Rose.

With the possibility of any potential The Office revival or reboot looking more unlikely, particularly with Steve Carell’s apprehensive feelings about such an idea, Office Ladies looks to be a great alternative way to celebrate the show’s upcoming anniversary. It’s yet to be seen whether any of the other cast will make an appearance on the show as a guest.

Next: The Office: 5 Times Michael Was The Best Boss (& 5 Times He Was The Worst)

Office Ladies will premiere on the Earwolf comedy network on October 16th.

Twitter sues India’s government over content takedown orders
Book Riot’s Deals of the Day for July 2, 2022
Charlie Watts Biography in the Works
This record-fast nova could be seen with the naked eye for a day and then vanished
Pure Chase 80’s Review