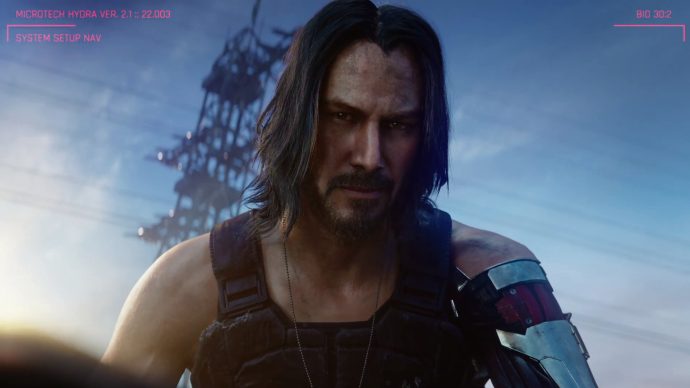 There is finally an answer to the question everyone wanted to know but no one dare ask.

No, you can’t bang Keanu Reeves in Cyberpunk 2077.

Alas, while you can romance some NPCs in the game, K-dog does not appear to be one of them. Word came down from from on high during Tokyo Games Show, when Cyberpunk level designer Max Pears told VGC: “Keanu plays a crucial role in the game, but as for the option to romance him, I don’t believe you can.” I guess technically speaking that’s not a hard no. But I am a realist, and if I want a Keanu romance I know my best bet is to just go back to watching Point Break while I practise kissing on my hand.

We still only know the broad strokes of Keanu’s character in Cyberpunk 2077 so far.  He’s christened  Johnny Silverhand, and he’s a cybernetic rockstar because a man named Johnny Silverhand could be no other profession. Johnny’s also dead, having been killed many years before the events of the game. So that kind of puts the damper on date night. CD Projekt Red describes him as a “digital ghost” which functions as a kind of implanted memory or AI type thing that follows you through story.