Google Photos is getting its own version of Stories. But instead of focusing on what you’re doing now, as Stories on other platforms like Instagram and Snapchat offer, Google Photos is adopting the format to help you take a trip down memory lane. The feature is one of several updates coming to the photo-sharing service that focuses on helping you reconnect with your old photos that often get forgotten after upload.

Its unique take on Stories is, perhaps, the most interesting update, as it’s the first time we’ve seen the format used as a way to rewind time.

In Google Photos, the feature is more appropriately called “Memories,” as is designed to help users relive their life in a more meaningful way. 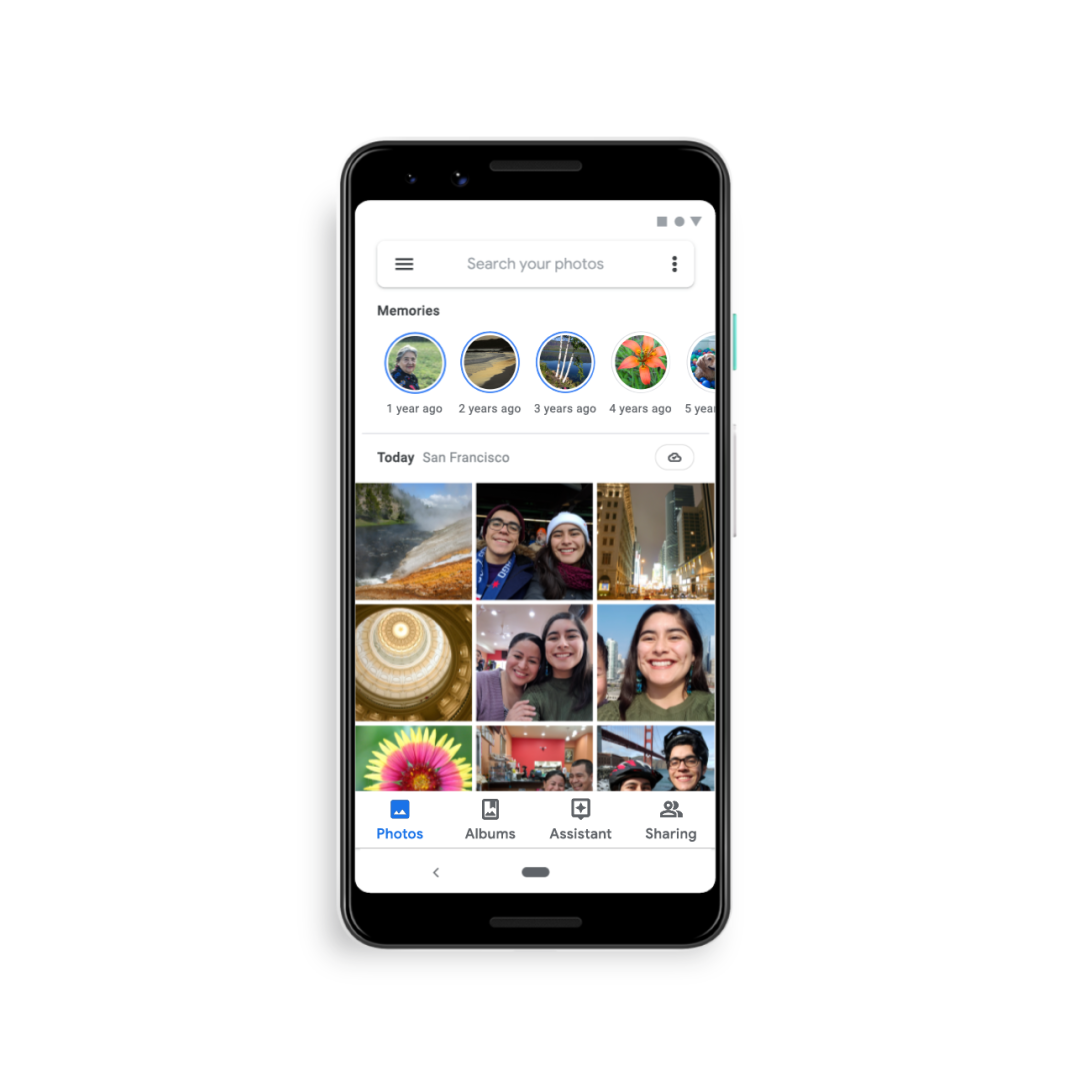 The company said it came up with the idea by watching user behavior on its app.

“We see users browse their photos and scroll all the way down to look at pictures from five years ago,” explained Google Photos Lead, Shimrit Ben-Yair. “We see them searching for moments and having a good experience with that. But we thought, how can we make that even easier?”

The Memories feature, she continued, is meant to accomplish that by helping users “better reminisce digitally.”

Most users will already know how to use Google Photos Memories, given the broad adoption of Stories across various platforms, including Instagram, Snapchat, Facebook, Messenger, YouTube, and even surprising places like Netflix. As with some other implementations, the feature places small, rounded icons at the top of the Google Photos gallery, which you can tap to launch and advance through.

Except, in this case, each Story circle is taking you back in time — for example, a year ago, two years ago, three, and so on.

However, the feature isn’t just a variation on “Rediscover this Day,” because it’s not as tightly tied to a particular date. It’s more like a showcase of what you were doing around the same time as in years prior — like around the same week. It lets you look back without having to swipe through the badly shot photos and duplicates.

To help users from reliving more sensitive memories — like deaths they’re still grieving or breakups they’d rather forget, for example — you’ll also be able to block certain people or places from showing up in the Memories feature, to better personalize your highlight reel.

Another key difference is that Google Photos’ Memories are not put on public display.

“Even though it is the Stories format — which we lean into because we feel it creates a more immersive experience for reliving your life — this is only your library. It’s your private content,” noted Google Photos Engineering Lead, James Gallagher, when demoing the feature, pre-launch, to TechCrunch.

In a few months’ time, however, Google Photos plans to let you share these old photos — or any others you come across in your library  — in a more direct and more personal way. Through an enhancement to the sharing feature, you’ll be able to send a photo directly to friends or family, where it’s then adding to an ongoing and private conversation that will eventually become a stream of all your chats and shares. 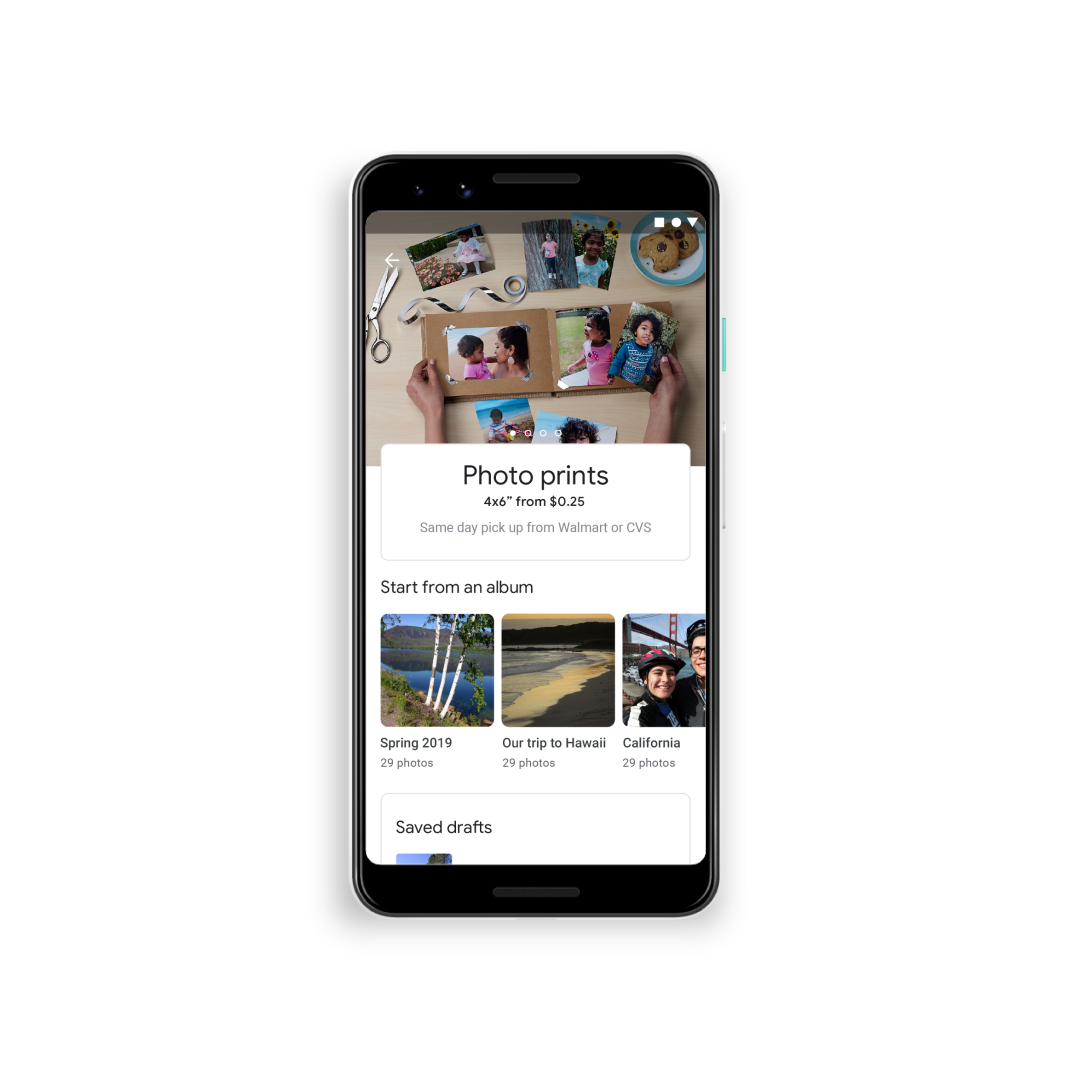 And Google Photos is expanding its options for getting photos off your phone and into the real world.

It’s partnering with Walmart and CVS for 4×6 photo prints that can be picked up in about an hour at over 11,000 U.S. locations. These prints will cost the same as if you ordered through the retailers directly at $0.25 from Walmart and $0.33 from CVS. You’ll also be able to turn photos into wall art of various sizes, in the U.S. This follows Flickr’s recent expansion into the area of prints and wall art, which rolled out last month.

This feature will generate revenue, though Google outsources the actual work to a network of printing partners across the U.S. It joins an existing feature that lets users turn photos into photo books in just a few steps. 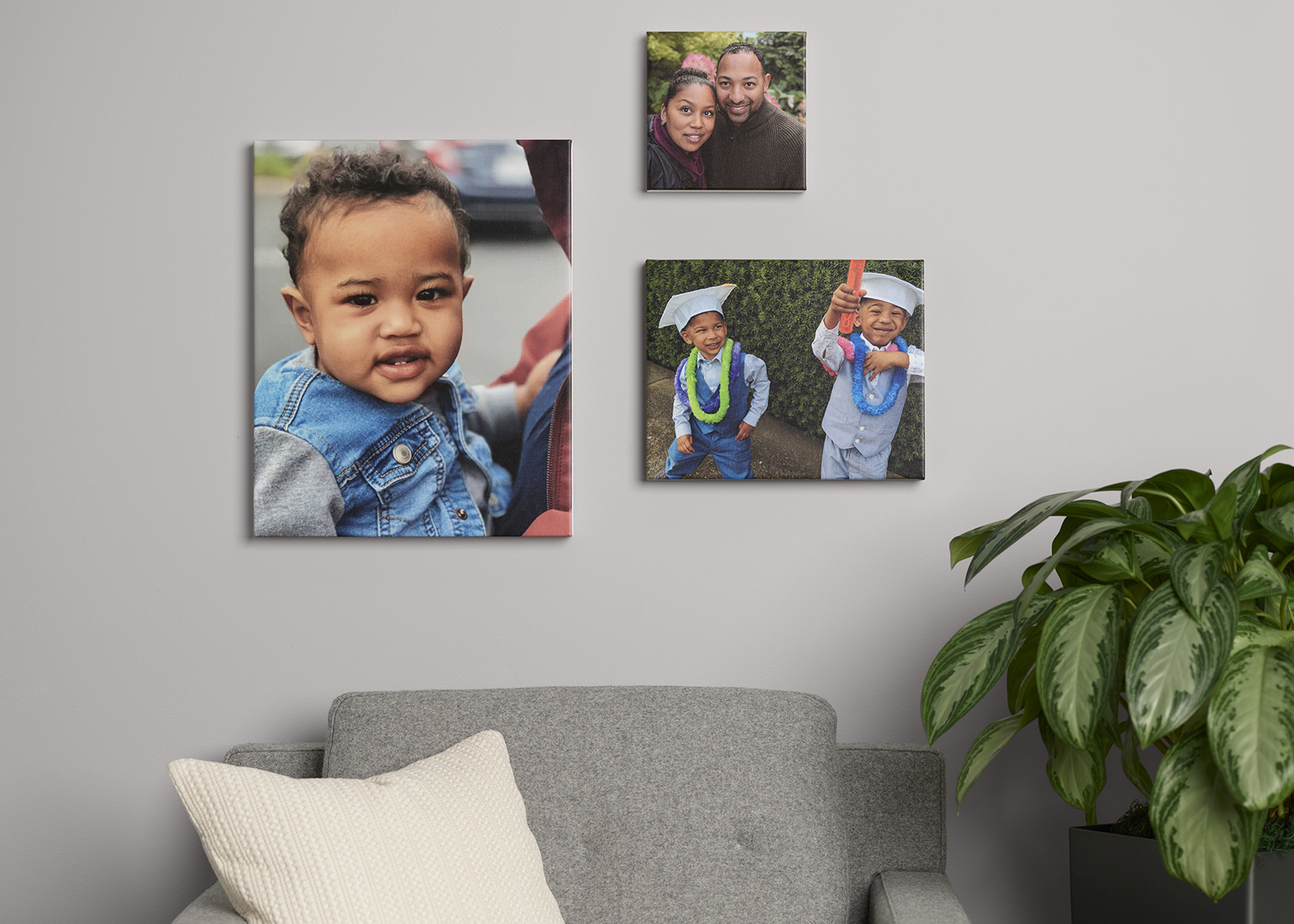 One final feature, though not necessarily related to reminiscing, is an improvement to search that will now help you find photos or screenshots with text — like a recipe.

This feature, prints, and the Memories feature are rolling out now. Direct sharing is coming in a few months.

The additions are part of many enhancements to Google Photos since its spin-out from Google+ just over four years ago. The company has rapidly improved its photo-hosting and sharing service with A.I. functionality to clean up users’ vast photo libraries and automatically create photo edits and mini-movies, among other things. And it continues to improve with features like support for Lens’ visual search and an expanded array of A.I.-powered photo fixes, for example.

Thanks to these features and its integration with the Android operating system, Google Photos now has over a billion monthly users.