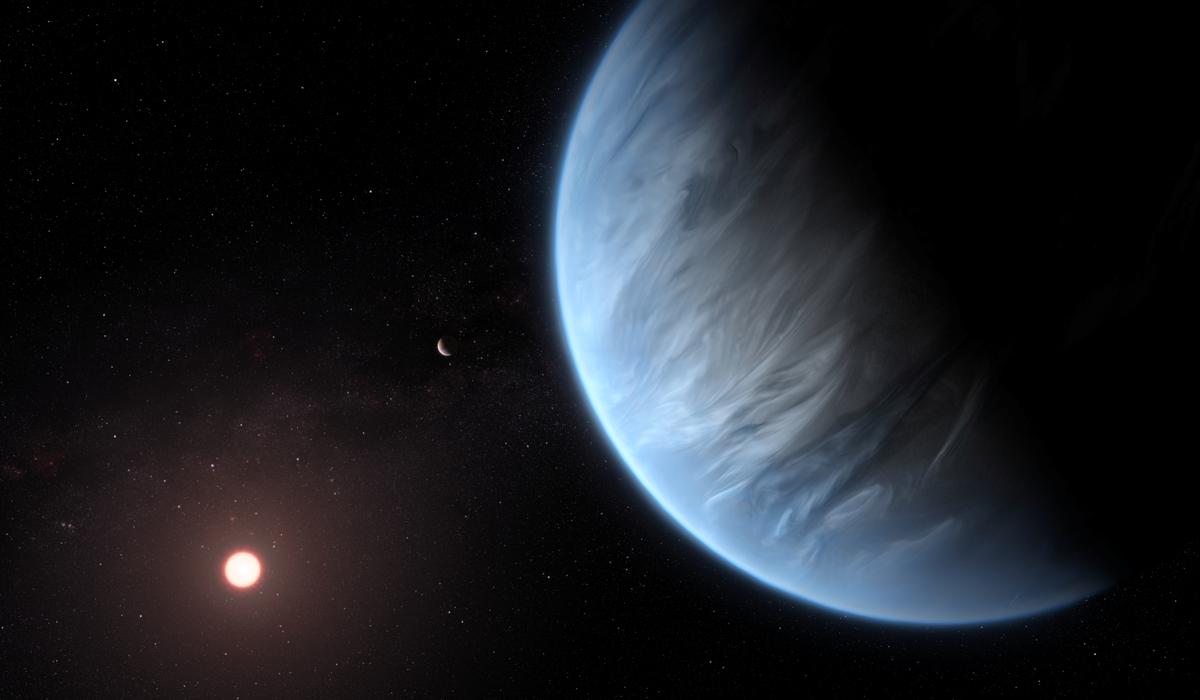 LONDON (Reuters) – Scientists for the first time have detected water in the atmosphere of an Earth-like planet orbiting a distant star, evidence that a key ingredient for life exists beyond our solar system, according to a study published on Wednesday.

An artist’s impression released by NASA on September 11, 2019 shows the planet K2-18b, its host star and an accompanying planet. Courtesy ESA/Hubble/M. Kornmesser/NASA Handout via REUTERS

Water vapor was found in the atmosphere of K2-18b, one of hundreds of “super-Earths” – worlds ranging in size between Earth and Neptune – documented in a growing new field of astronomy devoted to the exploration of so-called exoplanets elsewhere in the Milky Way galaxy.

More than 4,000 exoplanets of all types and sizes have been detected overall.

The latest discovery was reported in research by a team of scientists at University College London (UCL) published in the peer-reviewed journal Nature Astronomy.

“We found water,” UCL astrophysicist Ingo Waldmann told Reuters of the breakthrough, revealed from observations made with the Hubble Space Telescope, which analyzed starlight filtered through K2-18b’s atmosphere.

More precisely, it marks the first time scientists have found water in the atmosphere around a super-Earth – as opposed to a gas giant – orbiting a star within its “habitable zone,” just the right distance for liquid water to potentially exist on the surface.

Angelos Tsiaras, an astronomer at UCL, said the team is focusing its attention on identifying exoplanets with conditions similar to those on Earth.

“But of course this is not in order to find a place where we could go. This is still science fiction,” Tsiaras said, noting that K2-18b orbits a dwarf star in the constellation Leo that lies 100 light years from Earth.

While light from the sun takes several minutes to reach Earth, light from K2-18b’s star takes a century to reach our planet, “so for us to travel there is impossible,” he said.

“Given it’s so far away we don’t really have any other choice but stay on our own Earth, so it’s important to make Earth great again rather than looking for an alternative to go to,” Tsiaras said.

Aside from the tremendous distance separating Earth from K2-18b, the exoplanet is likely exposed to far more radiation than Earth, diminishing the prospects for life evolving there.

However, the discovery brings astronomers closer to answering the fundamental question of how unique Earth is in the universe, the scientists said.