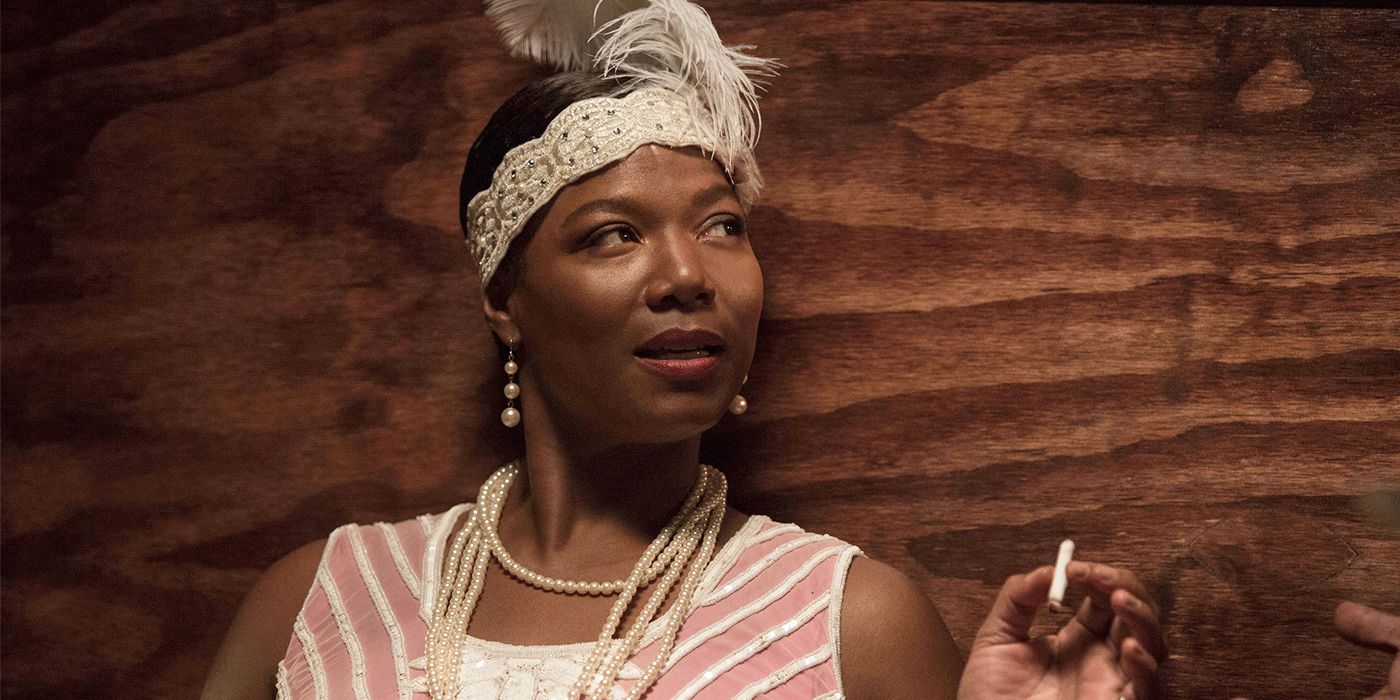 Queen Latifah will bring “mama energy” on America’s Got Talent, says freshman judge Julianne Hough. The famed actress will be making her debut as a judge for the last semifinal performances, hoping to possibly pick a winner out of the group.

Queen Latifah was a hip-hop artist from New Jersey who became best known for her performance as ‘Mama’ in the critically acclaimed film, Chicago. The role pushed her to the forefront of Hollywood, acting alongside Will Smith, Steve Martin, and Jamie Foxx. The actress will also be appearing in ABC’s live-action remake of The Little Mermaid where she will play Ursula. On September 3, NBC announced that for the first time in the show’s history they would be having guest judges during the semifinal rounds. The two history-making choices were Sean Hayes of Will and Grace and Queen Latifah, both of whom have said they were flattered to be chosen.

The big news out of NBC studio is that Queen Latifah will be joining the judges of America’s Got Talent, as originally reported by People. Latifah will be making her guest appearance alongside Simon Cowell, Julianne Hough, Howie Mandel, Gabrielle Union, and host Terry Crews; she will help judge the final round of the semifinals. Dancer and judge, Hough, seemed to be way more excited than the rest of the judges, saying that Queen Latifah will bring great energy because she carried herself with grace, love, and, of course, support. Fans will watch how Queen Latifah makes the contestants feel confident in their abilities, shining on the main stage in hopes of reaching the finals. Queen Latifah admitted that she was a bit nervous to take on this endeavor but will try her best to fill the role. She told the contestants that it was about being themselves and standing out in their own way, and she was particularly impressed while watching how much passion the young children had on the show.

Each judge had received the chance to use their Golden Buzzer this year, so they would not lose a contestant that they truly believed in. Hough’s Golden Buzzer choice was singer Luke Islam, who will be competing against Union’s opera singer, Emanne Beasha. Other contestants joining them are magician Dom Chambers, the Detroit Youth Choir, a comedian, guitarist Marcin Patrzalek, dance troop V, and Voices of Service – all of whom have a tremendous chance at winning the title. Some contestants have already made it to the finals, such as singer Kodi Lee and violinist Tyler Butler-Figueroa, dance team Light Balance Kids, and singer Benicio Bryant with a youth choir.

The semifinal of America’s Got Talent will be jammed packed with talent, sure to keep viewers tuned in all night. The performances will be deeply emotional as the contestants compete for a spot in the finals, hoping to make their dreams come true. And, among the talent, Queen Latifah will no doubt stand out as well.

America’s Got Talent airs Tuesdays and Wednesdays at 8 p.m. ET on NBC.