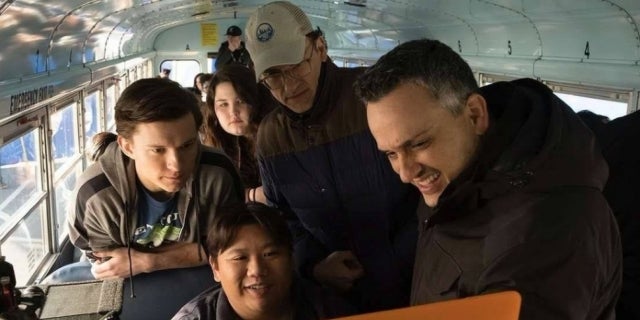 Matthew Berry, an ESPN fantasy sports analyst who had a minor role in Avengers: Endgame, posted a brief video of Endgame filmmakers Joe and Anthony Russo selecting the draft order for a new fantasy football league populated almost entirely by supeheroes — or, at least, actors who have played superheroes before. The filmmakers’ draft order also served as a roll call for who would actually make it into the league, which included Berry, Deadpool star Ryan Reynolds, Spider-Man: Far From Home star Tom Holland, and a number of Marvel Cinematic Universe actors. The Russo brothers were in Venice to screen Mosul, a movie they produced, and took time out to draw names for the Agbo Superhero Charity fantasy football league.

Agbo, the studio owned by the Russo brothers, is putting up a $100,000 prize for a charity, which will be chosen by the winner of the league. Other members of the Agbo league include Karen Gillen, Elizabeth Olsen, Chris Evans, Chris Pratt, Anthony Mackie, Robert Downey, Jr., Miles Teller, Michael B. Jordan, Paul Rudd, and Chris Hemsworth.

Given the personalities involved, expect regular updates on the league to be hitting social media throughout the season. Also, given that most of them are multimillionaires many times over, it seems pretty likely that all of the charities will make it out okay, regardless of who wins.