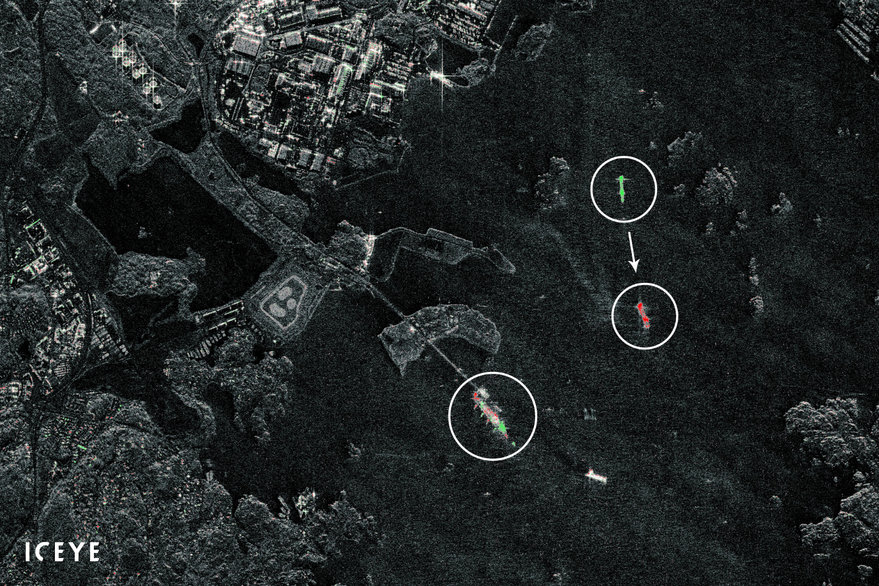 “Iceye SAR satellite constellation is soon becoming the largest of its kind in the world,” Rafal Modrzewski, Iceye CEO and co-founder, said in a statement. “In addition to serving customers with an increasing amount of capacity and access, we continue to develop and deploy new capabilities for our current SAR satellites already in orbit.”

Iceye plans to launch two additional satellites in 2019. Modrzewski declined to comment on launch plans for the spacecraft.

Iceye announced Sept. 12 it has completed initial commissioning of the two satellites launched in July and the firm is accepting orders from government and commercial customers.

With the two satellites released into orbit minutes apart in July, Iceye is focusing on the same ground sites. The stereo images produced highlight the ability of SAR satellites to detect changes on the ground. Change detection is an important application for Iceye’s constellation, Modrzewski said in a recent interview.

ICEYE plans to establish a large constellation of SAR satellites to offer customers access to imagery and data on specific locations updated within hours, according to the Sept. 12 news release.

In August, Iceye released imagery with resolution of less than one meter from its high-resolution product called Spotlight. In addition, Iceye satellites can capture medium-resolution, medium-swath imagery and extremely wide swath imagery.