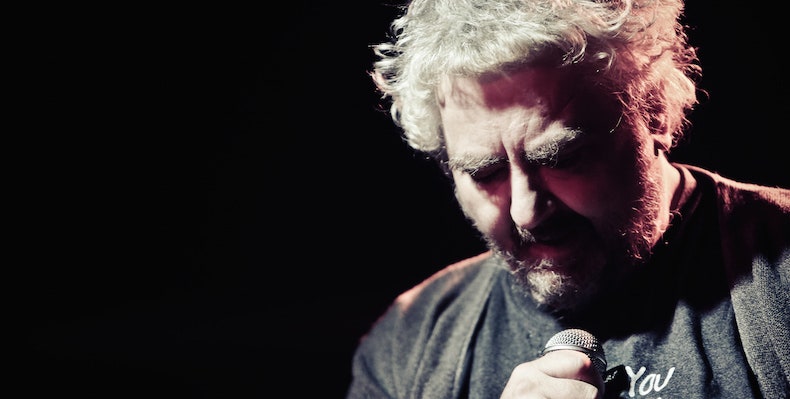 Daniel Johnston, the lo-fi singer-songwriter and visual artist who rose to underground fame in the ’80s, has died after suffering a heart attack, his former manager manager Jeff Tartakov confirmed to The Austin Chronicle. He was 58 years old. Johnston was a prolific musician, recording numerous albums primarily on homemade cassette tapes. His simple, sincere, and childlike music was revered and highly influential.

Born in Sacramento, California, Daniel Johnston grew up in New Cumberland, West Virginia. He began creating music in high school, recording piano, vocals, and chord organ on a boombox. Johnston dropped out of Abilene Christian University in West Texas after being enrolled only a few weeks, but later attended Kent State University’s art program. During this time, he recorded his first LP, 1980-1981’s Songs of Pain. After about two years, Johnston dropped out again and eventually moved to Austin, Texas where he began cultivating a following by constantly passing out his cassette tapes to passerby. His local success landed him an appearance on MTV’s The Cutting Edge series in 1985.

Johnston traveled to New York City in 1988 to record his eleventh album, 1990, with producer Mark Kramer. Sonic Youth’s Lee Ranaldo and Steve Shelley contributed to the Shimmy Disc records release. That same year, Johnston was diagnosed with schizophrenia. Over the course of recording of 1990, his mental health deteriorated drastically. He was involuntarily committed to a mental hospital after playing at a music festival in Austin, Texas in 1990. During that time, a label bidding war began after Kurt Cobain brought attention to his music by sporting his Hi, How Are You artwork on a T-shirt. Elektra Records and Atlantic Records were among the bidders, but Johnston ultimately signed with Atlantic because he believed Elektra signees Metallica to be Satanic.

Though Atlantic dropped Johnston from the label in 1996—two years after his Paul Leary-produced album Fun—he continued to record and collaborate with high profile musicians. In 2004, he released the two-disc compilation The Late Great Daniel Johnston: Discovered Covered with renditions of his work by TV on the Radio, Jad Fair, Bright Eyes, Tom Waits, Death Cab for Cutie, Beck, Sparklehorse, and more. In 2005, Jeff Feuerzieg directed the award-winning documentary about his life called The Devil and Daniel Johnston. Around this time, he formed his own label, Eternal Yip Eye Music. He released his last album through Yip Eye, Space Ducks: Soundtrack, in 2012. He embarked on his final tour in July 2017. In 2018, the city of Austin honored Johnston by naming January 22 “Hi, How Are You?” Day.